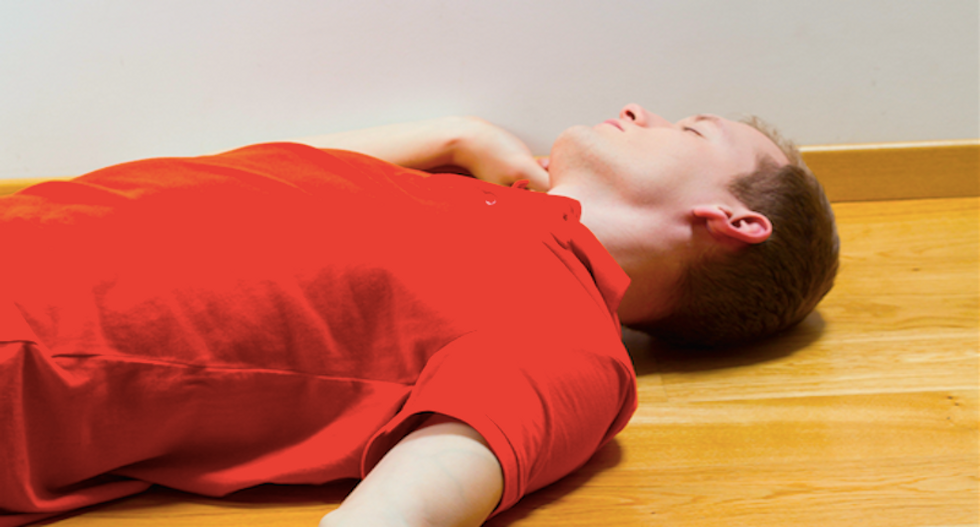 Police found a shooting suspect beaten unconscious after a woman was wounded at a Utah house party.

The woman, who is in her 30s, went to a hospital for treatment of two gunshot wounds about 5 a.m. Sunday, but police doubted her claims that she accidentally shot herself while cleaning the weapon, reported the Gephardt Daily.

Officers went to the woman's Herriman home to investigate, and they found several people there -- including a man who had been knocked unconscious during a fight.

Witnesses said the man had gotten upset with his girlfriend during an all-night party, and the couple argued loudly for house, reported KTVX-TV.

The man eventually pulled out a gun and told everyone else to leave the house, and witnesses said they heard gunshots as they were walking to their vehicles.

Police said they suspect the woman tried to grab the gun, which may have accidentally fired during the struggle.

Investigators believe a single bullet struck the woman in her hand and then her ankle.

She is expected to recover, although police said she may need surgery on her hand.

Partygoers returned to the house and physically attacked the man, whose name has not been released.

No charges have been filed in the shooting or the beating, which both remain under investigation.