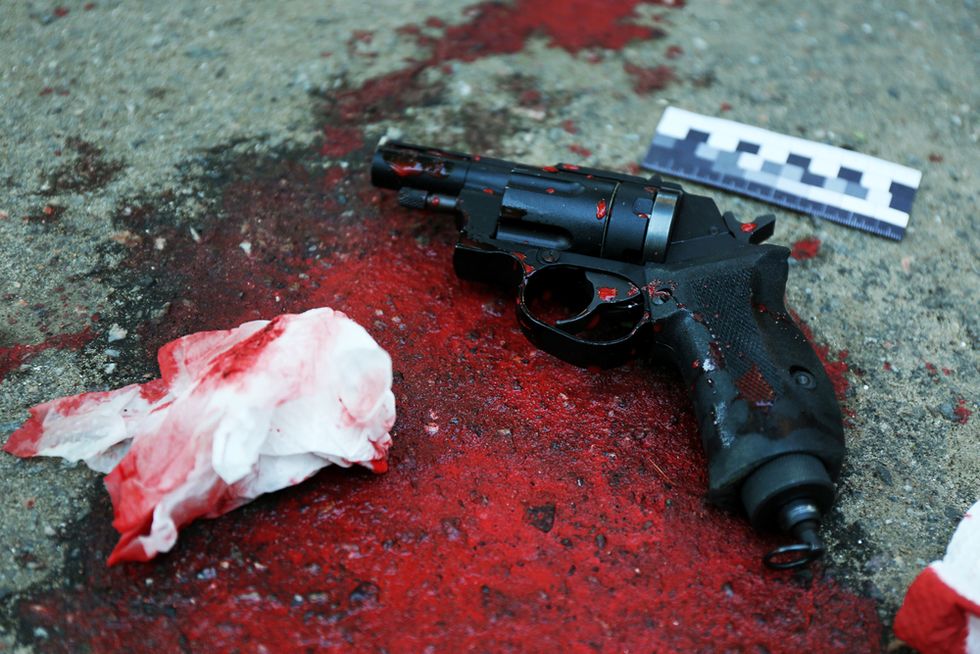 A Pennsylvania man accused of homicide in the death of his 12-year-old daughter threatened to "go out in a hail of gunfire" if he were evicted from his home, but state officials declined to relay that to police, according to testimony in court on Tuesday.

Five days later, Donald Meyer, 58, raised an assault rifle to Penn Township constable Clark Steele when he came to carry out the eviction. Steele shot Meyer in the arm, but the bullet then struck his daughter Ciara Meyer, in the chest, killing her.

"We took no action. We get these calls all the time," testified Susan Evans, an agent of the state Bureau of Consumer Protection, a division of the state Attorney General's office,

"He did not seem violent and was not addressing a specific person," Evans said.

Evans was a witness at Meyer's preliminary hearing before Magisterial District Judge Richard Dougherty in Enola, a suburb of Harrisburg, the state capital.

The judge ordered Meyer to stand trial on a charge of criminal homicide for causing the death of his daughter on Jan. 11, aggravated assault for pointing the rifle at Steele, and illegal possession of firearms.

Meyer's threat was only evident through "20-20 hindsight," said Chuck Ardo, a spokesman for Attorney General Kathleen Kane. The bureau acted appropriately by notifying police after the tragedy, he said.

Meyer was barred from owning firearms because of an involuntary commitment to a mental hospital in 2011, Campbell said. But he failed to voluntarily disclose that to gun dealers, Campbell said.

Steele, the constable who fired the fatal shot, was cleared of any wrongdoing.

Steele, his voice cracking, testified that he saw Ciara standing next to her father, but then saw the assault rifle rising toward his chest.

"I said no, no, oh God!" he said. "I knew I was dying. There was no way to retreat." He said he knew his body armor would not protect him against a rifle bullet.

Sherry Meyer, Ciara's mother, testified she was napping when the confrontation began, but then heard her daughter scream, "Dad, Dad, please stop!" The gunshot followed.

Meyer, who wore an orange jumpsuit and shackles, is being held without bail.