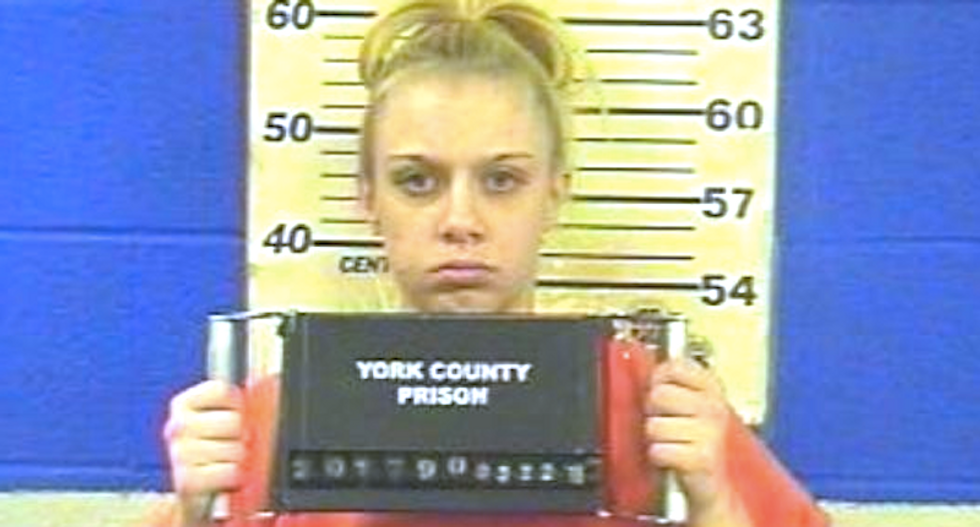 A Pennsylvania woman hurled racial slurs at neighbors who complained about her furniture-shaking "loud sex."

Amanda Marie Warfel was charged with two misdemeanor counts of disorderly conduct and one count of harassment after the neighbors complained about the racist abuse, reported the York Dispatch.

The neighbor called police March 21 to complain that Warfel was "loudly fornicating and banging around her bedroom to the degree that the victim's dresser and her own bed shook," according to court documents.

Tanya Saylor told police she asked Warfel to quiet down because her teenage daughters had school in the morning, but she said the woman screamed at them through a common wall and became even louder.

"They don't sleep well at night," said Saylor, who is white but whose husband is black. "There's constantly inappropriate things that go on in her bedroom."

Saylor said she's tried talking to Warfel and her grandmother for months about the noise, but she called police after the dispute escalated.

"She starts calling my children n*****s and monkeys, and offers them bananas," Saylor said. "It was a daily thing until she went to prison."

Saylor complained Feb 17 that Warfel was banging on the wall and yelling at her, and she called Feb. 28 to report that Warfel was screaming racial slurs and obscenities at her.

A judge sentenced Warfel, who was on probation for a prior felony prison assault, to 45 to 90 days in jail.