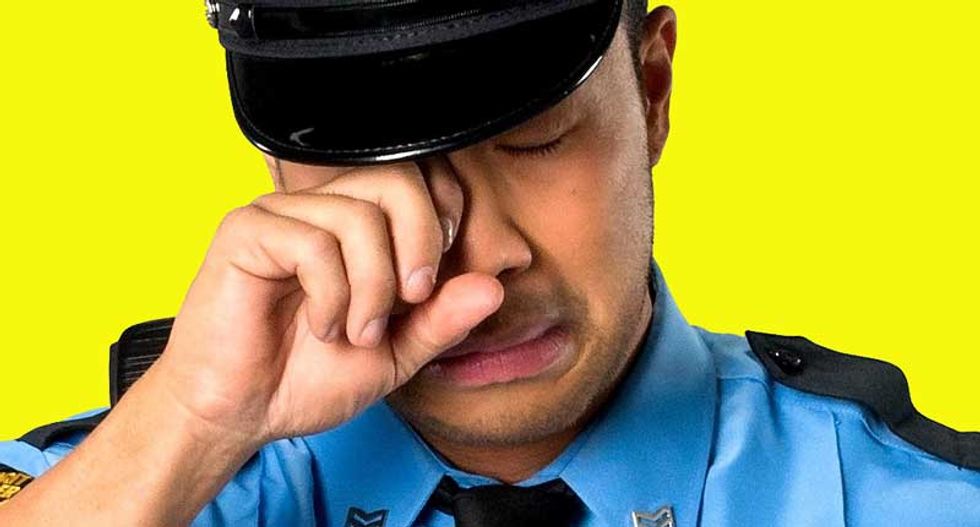 Gun violence is up dramatically in Minneapolis -- and the police union chief blames public scrutiny of law enforcement officers.

The city recorded 74 shooting victims through the first three months of this year, compared with just 40 during the same period last year, reported the Star Tribune.

The predominantly black North Minneapolis neighborhood has seen gun violence shoot up to 55 cases in 2016, from just 21 during the first three months of 2015.

Tensions are high between black residents and Minneapolis police after the officer-involved shooting of 24-year-old Jamar Clark, and community leaders are angry at the police response to subsequent Black Lives Matter protests -- where five demonstrators were shot and wounded by white supremacists.

Lt. Bob Kroll, president of the Police Officers Federation of Minneapolis, has a simple explanation for the increase in gun violence following the 24-year-old Clark's slaying and widespread protests.

He admits that officers have stopped doing their jobs, noted City Pages -- but he blames the public for hurting their feelings with protests and criticism.

"Kroll .... blames the crime surge on a shrinking police force and greater scrutiny of police that has left some officers disengaged," the Star Tribune reported. "The slowdown in policing has been noticeable."

Police have made nearly half as many proactive stops this year through April 11 as they had during the same period last year -- with 3,706 in 2016 versus 7,732 last year.

There has also been a dramatic dropoff in the number of traffic stops and arrests for serious crimes.

Police officials said they're trying to get officers out of their patrol cars to do their jobs, but those efforts apparently aren't working.

City Councilman Blong Yang, who lives on the city's North Side, agrees that Minneapolis needs more police officers -- but he also thinks those already on the payroll should get back to work.

"With all due respect, it baffles me that anyone, including police officers, can disagree with 'greater scrutiny of the police,'" Yang said. "You should do your job and do it well, whether 800,000 eyes are watching or none. The idea of some officers disengaging is troubling.'"

A Texas doctor is resigning from his position as a county official after receiving backlash from a Facebook post many see as racist, 12News reports.

Dr. George Zuzukin still has not admitted that he's the one behind the Facebook posts, which attack the Black community and local city officials. Zuzukin oversaw the Jefferson County Employee Health Clinic, which was a position where his salary was paid by taxpayers.

Fox News Business anchor Charles Payne made a staggeringly false series of statements attacking the Biden child tax credit expansion, which goes into effect July 15. Parents could see up to $600 more monthly, with the federal government effectively paying forward the credit so families don't have to wait until they file their annual income tax returns to get the funds up to a year later.

Not according to Payne, who somehow managed to link the child tax credit to critical race theory, falsely claimed it is only for parents who are "not working," suggested it will breed a cycle of poverty for generations while "young ladies" to have more children so they can "make" more money, rather than develop their "God-given gifts."

With an eye on making a run for the Republican presidential nomination in 2024, former vice president Mike Pence made a high-profile speech last week at the Faith & Freedom conference in South Carolina along with other GOP presidential hopefuls.

Unfortunately for Pence, his speech drew more attention after he was booed and called a "traitor" by supporters of ex-president Donald Trump who are reportedly still furious that Pence did not intercede and stop the certification of President Joe Biden's election win in 2020.