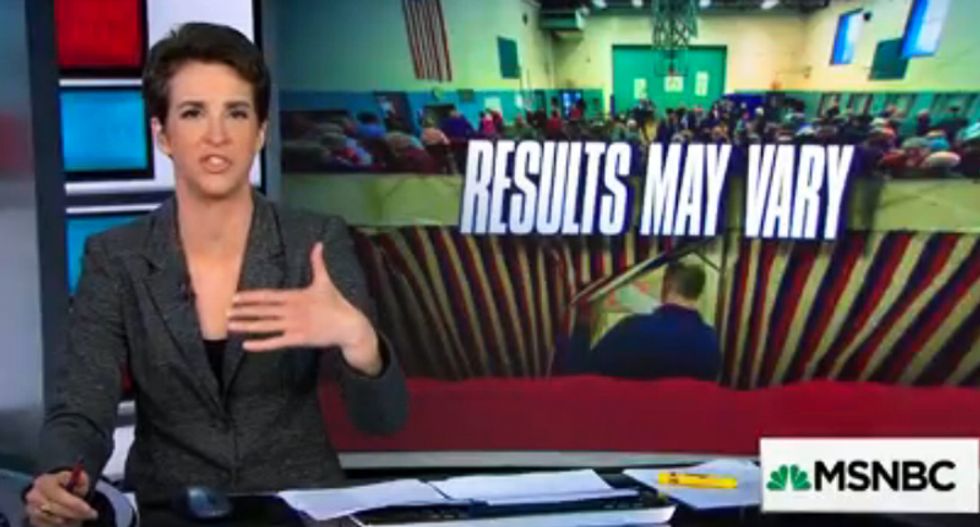 On Friday night, MSNBC host Rachel Maddow tore into Maine's Republican governor over his refusal to make a live-saving drug easily available to victims of an overdose.

Wednesday, GOP Gov. Paul LePage vetoed a bill that would have allowed pharmacists to dispense an anti-overdose drug without a prescription, dismissing the need for it by saying it only “serves only to perpetuate the cycle of addiction.”

At issue is the drug Naloxone – also known as Narcan – which is a safe and effective treatment that keeps the overdose victims alive for precious minutes until first responders can get to them.

Maddow laid into the governor for his callous decision, saying it could lead to multiple deaths at a time when hard drug usage is on the upswing.

In his statement LePage said, "Naxolone does not truly save lives; it just extends them until the next overdose."

"Think about that for a second," Maddow explained. "He's saying that if you overdose you should not be kept alive if there's an option to keep you alive. Because you are probably just going to overdose again."

"You know what? If you think about it further, I guess we all are going to die someday. So you could really say that about any medical treatment. I mean, why treat your infection with penicillin or antibiotics? All it's going to do is extend your life until it ends anyway," she said sarcastically. "You have a treatable form of cancer? Why should the state of Maine abide you getting any treatment for it? Why extend your life when it's just going to end anyway?"

Watch the brutal takedown below from The Rachel Maddow Show: