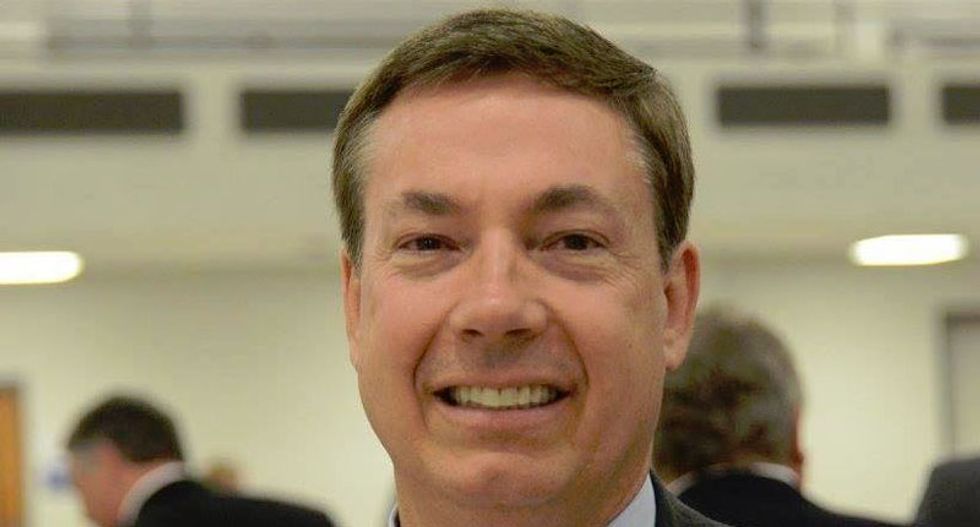 A resolution in the Alabama House of Representatives to recognize May 5 as the National Day of Prayer provides an apocalyptic view of the current world.

The symbolic legislation, introduced Wednesday by Republican state Rep. Mack Butler, starts off with the typical Day of Prayer language, but quickly descends into gloom and doom.

The resolution warns that America has “turned from her values” and no longer protects the “unborn.” It claims the United States is sitting by idly while the world falls into chaos and Christians face genocide overseas. The resolution alleges that Americans now mock God and that “traditional values” have been abandoned.

The resolution concludes that the people of Alabama must “turn from their wicked ways” to prevent God’s wrath.

Congress established the National Day of Prayer in 1952 and the yearly celebration occurs on the first Thursday of May.

This morning, Butler wrote on Facebook: “We are being told that all kinds of perversion for our children is perfectly fine and at the same time we are being told that if you believe in wholesome family Christian values you are evil. We must take back America! Living life upside down.”

"Looking forward to the next civil war," one of his constituents commented.

The full text of the resolution, HJR 316, is below:

WHEREAS, God has blessed America, where freedom exists for all, regardless of belief or creed; and

WHEREAS, America's heritage is a beacon to the world, a shining city on a hill; and

WHEREAS, America's exceptionalism was not only on a thoroughfare for freedom beat, but a leader and protector of values and safety around the world; and

WHEREAS, though American's sovereignty did not and would not rule the world, rather than a colonial power, she shared her bounty; and

WHEREAS, America has turned from her values, she is engaged in practices antithetical to her heritage by not protecting the poor, defenseless, and unborn, and has permitted the law to discriminate pitting one's rights against the rights of others; and

WHEREAS, America now sits in her sanctuary while the rest of the world is falling into turmoil with genocide against Christians and radical Islamic terrorists wreaking havoc; and

WHEREAS, America's Judeo-Christian tradition recognized a freedom of religion, the first freedom, that let all religions coexist; and

WHEREAS, traditional values have been removed from the public square where all values were once spoken; and

WHEREAS, religious freedom is threatened and God is mocked; and

WHEREAS, just as Jesus observed when he drew close to Jerusalem before His crucifixion and wept over the city that thought it knew of the things made for peace, it was now hidden from their eyes and just as high government officials often invoke the name of God, yet they tempt God by abandoning His truths; and

WHEREAS, America must reaffirm her freedom and her faith; and

BE IT RESOLVED BY THE LEGISLATURE OF ALABAMA, BOTH HOUSES THEREOF CONCURRING, That we urge America to reaffirm and protect its freedoms.

BE IT FURTHER RESOLVED, That the fifth day of May 2016 be set aside as a day of reflection by the citizens of the State of Alabama who will humble themselves and pray and seek God's face and turn from their wicked ways so that God will hear from Heaven and will forgive their sins and heal their land.