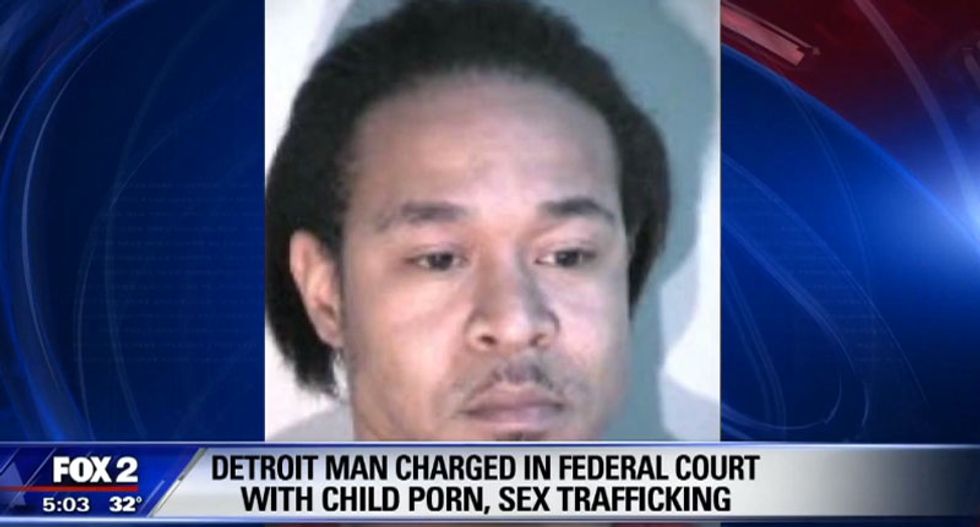 An investigation into credit card fraud by a self-described "sovereign citizen" in Detroit took a horrifying turn when investigators executing a warrant at his home discovered child pornography, evidence of sex trafficking -- and one of his multiple "wives" chained to a stripper pole.

Police called it a "house of horrors."

According to Click On Detroit, Ryon Lenell Travis, 32, an unemployed father of seven, is being held after police found video of his  5-year-old daughter being sexually assaulted, along with more child pornography, on his phone.

The investigation began as a simple matter of ID theft, with Travis accused of charging more than $50,000 to a credit card belonging to a local business.

But when authorities searched his home, what they found was horrific,  including the child abuse images and multiple “wives” -- with one chained to a stripper pole in the living room.

"There was a third woman chained at the neck to the stripper pole, sitting in the living room," Assistant U.S. Attorney Sara Woodward said while filing charges. "She had a chain around her neck with a padlock on the chain and then a longer chain that connected her to the stripper pole."

The 25-year-old woman told investigators Travis sold her and the other women online for sex.

"She said that the defendant posted advertisements online and in chat rooms that he had four girls for sale," said Woodward. "And she said that if she or the other women refused to dance or perform sex acts, the defendant would be violent with them, and that he would hit them with a closed fist, kick them or push them down."

The child sexual abuse charges stem from photographs that showed a 5-year-old girl engaged in sexual acts with an adult male -- with Travis admitting that the girl is his daughter.

At his arraignment, Travis asked the charges against him be dropped, asserting his rights as a sovereign citizen unbound by the law.

The court was not amenable to his request and he was held without bond.

Watch the video below via Fox 2: