Revealed: Louisiana’s Governor McKeithen paid off KKK to keep a lid on violence during the 1960's 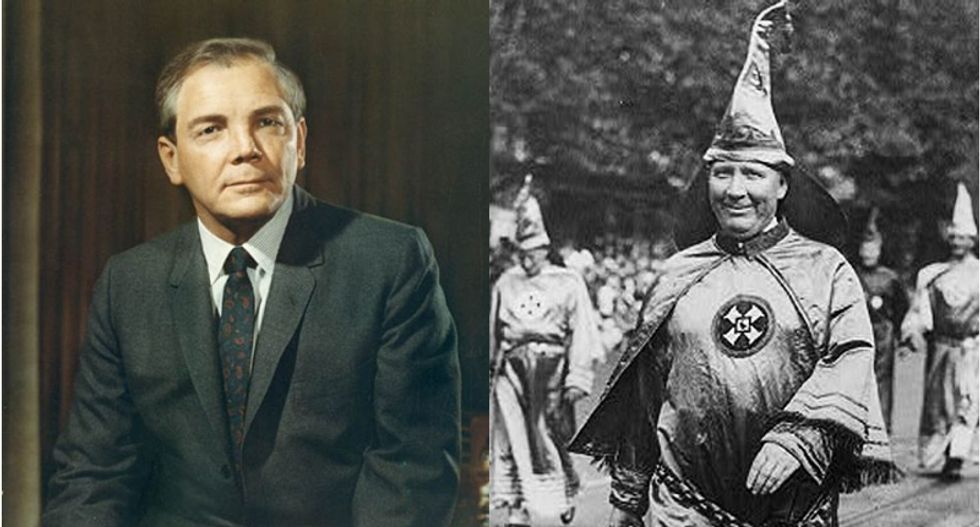 According to files released using the Freedom of Information Act, a former Louisiana governor funneled funds to the Ku Klux Klan as payment for keeping violent acts following his election, reports the New Orleans Advocate.

Delving into the career of former Louisiana Gov. John J. McKeithen from 50 years ago, the LSU Cold Case Project discovered reports from the FBI showing that the governor at times struggled to keep the money flowing to the domestic terrorist group.

The Democrat from Caldwell Parish took office in 1964 and was replaced in 1972 by fellow Democrat Edwin Edwards -- who was later sent to prison on racketeering charges.

According to the declassified FBI documents, McKeithen used the Louisiana State Sovereignty Commission, a legislature-generated authority tasked with keeping state control of civil rights issues, to funnel the privately raised money to the Klan.

The FBI report noted that the goal was to “maintain law and order in the state of Louisiana and to contact the Klan on a liaison basis in order to insure that no violence occurred.”

The governor's granddaughter, New Orleans attorney Marjorie McKeithen, approved of how her grandfather handled the issue at the time.

"Of his many accomplishments as governor, my grandfather was most proud of his record on Civil Rights and race relations during an explosive period in our country's history,” she stated. “Thanks to his leadership, Louisiana was spared much of the violence that permeated other southern states. Unlike other Southern governors, he openly and publicly called the KKK ‘racist, hatemongers and troublemakers,’ according to the FBI and the KKK's own documents, and he protected the Civil Rights marchers at a time when it was not popular — all serving to land him on the KKK's ‘Should Be Tarred and Feathered’ list."

McKeithen's relationship with the racist organization indeed deteriorated as he worked to improve race relations in the state.

By 1967 hand bills being circulated by the Klan stating that McKeithen had asked for their vote and then double-crossed them.