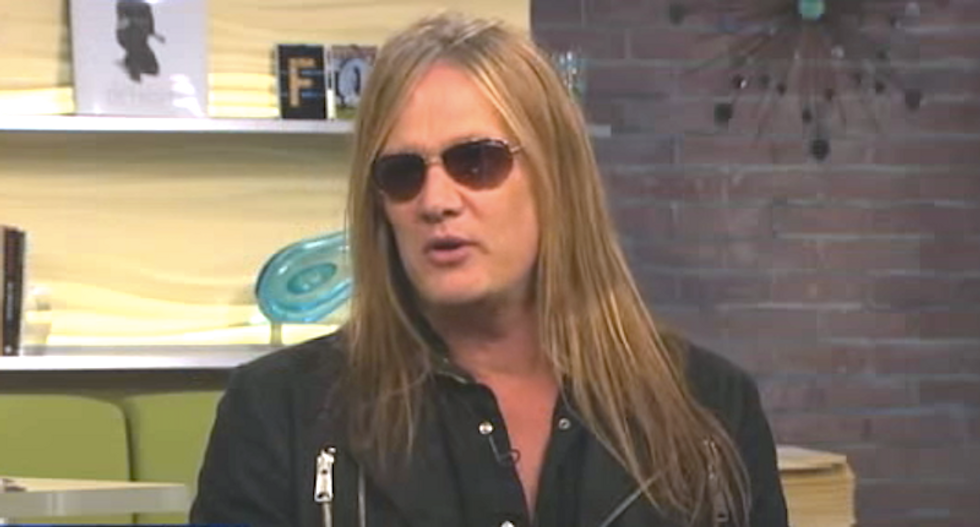 The outspoken former Skid Row singer said he cursed during rock concerts, but Bach said he understood there were other times when such language wasn't appropriate, reported Billboard.

"I’ve been known to swear onstage, and when I go on stage in front of a packed drunken throng of rock and rollers, and I go, 'Come on, f*ck this, let’s f*cking do it,' but I’m not running for president talking like that," Bach said. "When he gets on stage and says 'f*cking shit and f*cker and f*ck,' I’m like, I can’t."

The singer admits that he's an unlikely critic of anyone's profanity, but he said he respects that some audiences don't to hear swear words.

"I don’t speak like that when I’m sitting around with my mom and my aunt," Bach said. "Like, I don’t say f*ck -- I can’t. When I was on Broadway playing Jesus, I wasn’t out there saying, 'We’re going to f*ck this place up, man.' Like there’s a time and a place for everything."

Bach said Trump's profanity suggests his temperament might be unsuited to the elected office he's seeking.

"I don’t think a guy running for president that says the F-bomb and curses and swears like a sailor, I don’t think he has the temperament to be in control of the nuclear bomb," Bach said. "Like, I wouldn’t give that guy to say, 'We’re going to f*ck these f*ckers up.' I wouldn’t say, 'Let’s put him in charge of national security,' right?"

"I think you need more the even keel temperament for a job like that," he added. "You know, say what you want about Obama -- but watching him leave and then watching the clowns that can replace him is just truly sad. That is a sad situation."