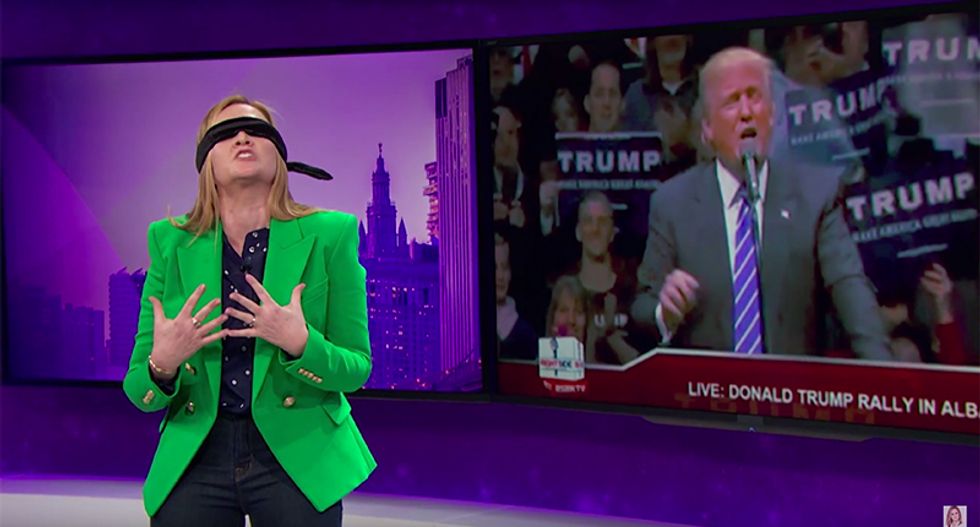 On the eve of the New York state primaries, Full Frontal host Samantha Bee felt a touch of pride in how New York City, in particular, received the various presidential candidates scouring the city for support.

"Give us your poor, your tired, your muddled asshole yearning to scream free," she said. "New Yorkers accept everyone -- within reason."

She then showed footage of New Yorkers heckling Sen. Ted Cruz (R-TX) out of the Bronx and forcing him to cancel appearances with school walkout threats.

"I love this city," she gushed.

Bee also mocked GOP front-runner Donald Trump -- who "lost the most recent primary by 13 points to a guy with less than 13 friends" in Cruz, she pointed out -- for a recent speech in which he said voters would be "tired of winning" should he be elected president, enough for them to ask him, "Please it's too much winning, we can't take it anymore."

"Win me harder," Bee responded while wearing a blindfold. "Win all over me; just try not to win in my hair."