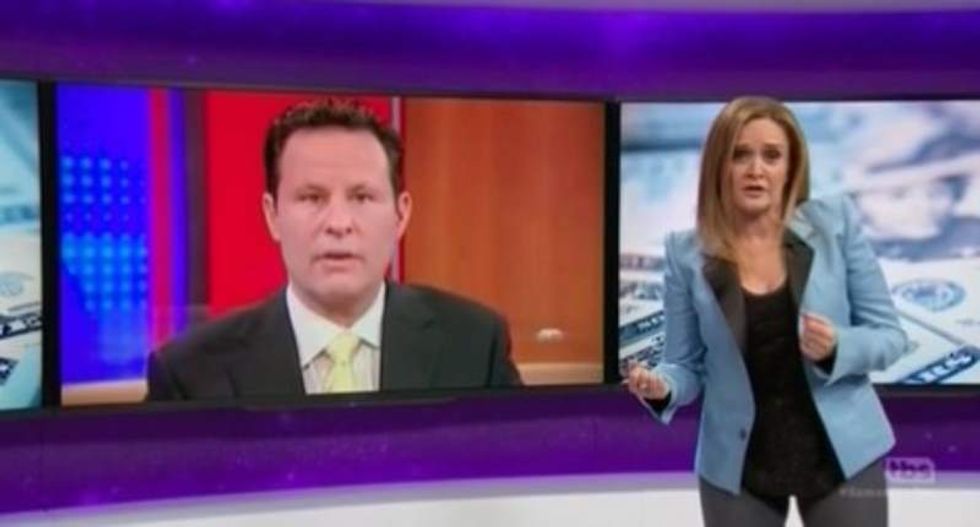 Kilmeade was one of several conservatives who was angered by the fact that Jackson was being moved off of the front of the $20 bill in favor of Harriet Tubman, complaining that he was "a key member of America."

"Hate to break it to you, Sparky," Bee responded. "Jackson wasn't involved in the founding of our country, because the Revolutionary War happened before Old Hickory's pubes came in. He was not a Founding Father, he was a genocidal pr*ck who forced the relocation of nonwhites and fomented populist rebellion -- kind of like a Trump with better hair."

Kilmeade wasn't alone in panning the switch, Bee noted; he was joined by Republicans calling it "political correctness," as well as racists already planning to boycott the redesigned bill and conservatives arguing that Tubman should instead get her own currency -- like, for example, a $12 bill allowing Jackson to remain the face of the $20.

"That would be something," Bee said. "Make the black person worth exactly 3/5 of the white person's value. Gee, why hasn't anybody ever thought of that before? "

Watch Bee's commentary, as posted by The Beast, below.