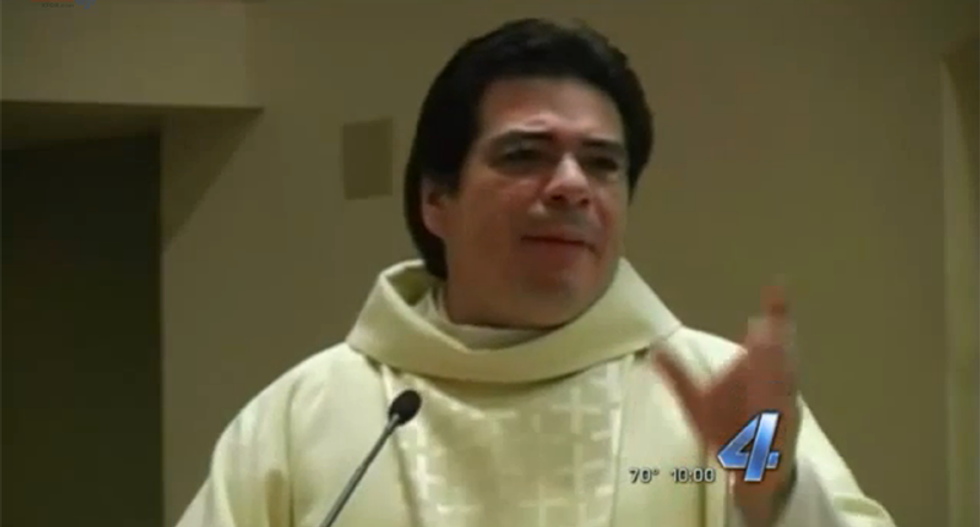 Fr. Jose Alexis Davila was convicted of inappropriately touching a 19-year-old woman in San Diego in 2011. Like most priests who have been caught or convicted of sex acts, Davila went to another church. The problem, however, is no one at the church was told about his crimes.

When the church of the Blessed Sacrament in Lawton, Oklahoma was introduced to Davila they were told only that "he has pastoral experience in the United States" but nothing about his criminal past or even the name of his previous church. None of the members hand any idea he was convicted for groping a teenager, according to KFOR News.

"We’re very alarmed by this," said David Clohessy, executive director of the Survivors Network of those Abused by Priests. "This is precisely the pattern that’s been in the Catholic Church for decades and it’s amazingly irresponsible."

Following Davila's conviction, the church decided he was worthy of being reinstated and "fit to minister" to the public again. His sentence from the judge was three years probation and 150 hours of community service.

It seems, after serving his time, he left for another place his past wasn't known. He's now serving the small communities of Elgin, Apache and Sterling in Oklahoma. The combined population of these cities is a little over 4,000 people.

"Yes he deserves a second chance but not in a position of trust and responsibility and authority and respect like a priest," Clohessy explained. "And certainly not with no warnings to families around him. If a clergyman or woman abuses his authority and takes sexual advantage of a teenager we really think it should be exactly what the bishops promised it would be and that’s 'one strike and you’re out.'"

Understandably, some members are a little uneasy about the Davila. Parishioner Janet Bullard fears for her family saying, "I have niece and nephews and I wouldn’t feel comfortable with this person working with any children. It’s hurtful this kind of stuff. It puts a stain on the church. Most of these people are good decent people and these scandals really hurt a lot of people and really ran a lot of people out of the church."

The is the second story I've written in the last eight days about a church that hired someone convicted of a sex crime and didn't tell their congregation about it.

Check out the full story from KFOR below: