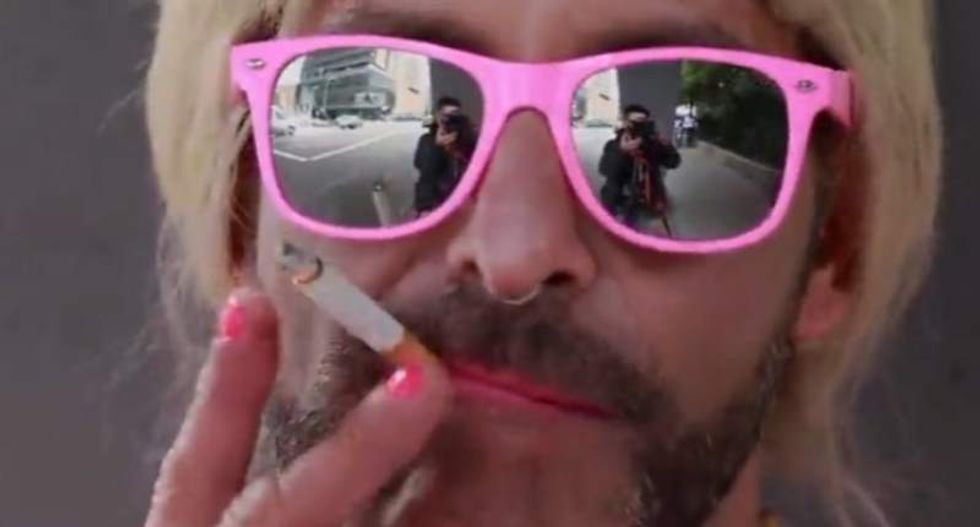 A San Francisco bar fired an employee and issued a public apology for its treatment of a queer customer who was kicked out over his looks, SFGate.com reported.

Audio of the encounter at Ace's last Thursday morning captures the bartender implying to Anthony Torres that the owner refused to serve him.

"He can refuse service to anybody. He doesn't want you in here," the bartender says. When Torres asks why, he says, "Because of the way you look."

"Because of the way I look?" Torres asks.

"How does that grab you?" the bartender responds. "I don't know. What the hell — it's not mine."

Torres was the subject of an SFGate.com profile in 2012 explaining his habit of going out wearing a blond beehive wig, hot pink top and pearls, a persona he identified as Bubbles.

"Bubbles is just Bubbles. I feel empowered," he said at the time. "The attention is nice, and it makes me feel important and loved."

Last week, Torres told local blogger Stuart Schuffman that he only had one drink at the bar before being asked to leave.

The day after the encounter, the bar posted an apology on its Facebook page, saying the employee misrepresented the establishment, and that it had contacted Torres.

"We have learned the hard way from this that even though we train our staff to reflect our attitude of tolerance and inclusiveness, we must always be on guard," the statement read. "We are and have always been very accepting of any and all individuals that want to have a good time. We welcome people from all walks of life, regardless of their personal beliefs or preferences. To us, that's what a neighborhood bar is all about."

However, co-owner Scott Broccoli said that, while the bartender -- identified only as Jake -- reacted poorly, "Bubbles was being a handful, to put it lightly," and supporting their workers' prerogative concerning ejecting unruly customers.

"There's a hundred different things that Jake could have said to make this whole thing a non-issue," Broccoli said. "From what I understand, if Jake had been more direct and more truthful, then you and I would not be having this conversation."

Listen to the audio of the encounter, as posted online, here.

SFGate's profile of Torres and his Bubbles persona can be seen below.