Science proves what we already knew — Grammar Police are jerks 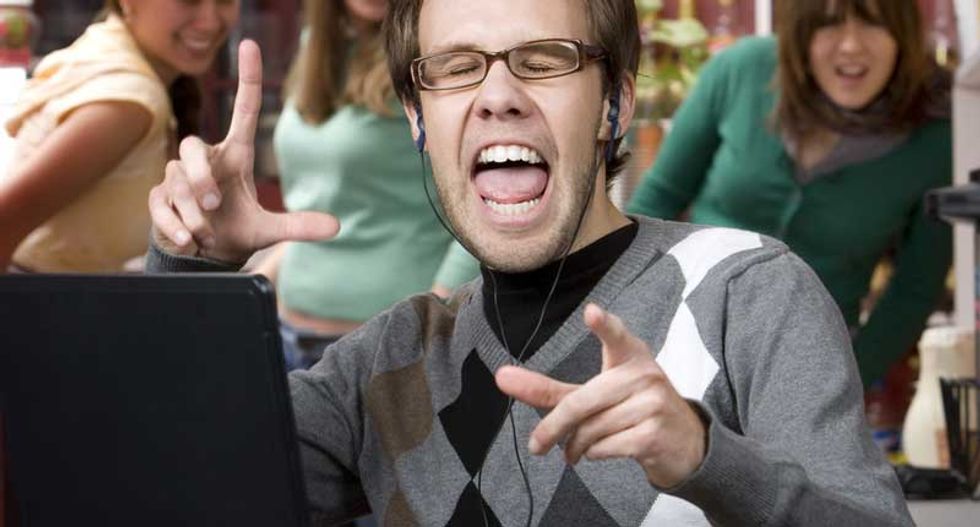 As highlighted in the San Francisco Chronicle, "those who call out grammatical errors are in fact scientifically 'jerks.'"

The study comes out of the University of Michigan, and is entitled: "If You’re House Is Still Available, Send Me an Email: Personality Influences Reactions to Written Errors in Email Messages." It found that people who get annoyed at grammar errors in others are deficient in the personality trait of agreeability.

"Agreeability" is a technical term from a set of psychological measurements known as the "Big Five" personality traits. It has been described as "trusting, generous, sympathetic, cooperative, not aggressive or cold."

As the study authors stated, "peever reactions to non-standard grammar are often ascribed especially to curmudgeonly personalities, and thus we expected reactions to vary with personality traits."

Test subjects were first answered questions for a personality evaluation, and then in the second part of the study were asked to imagine that they were college students looking for a housemate, and to read a set of test "emails" from candidates. In some of these emails, typos or grammatical errors had been introduced, to measure how the test subjects would react and evaluate the imaginary person on the other end.

An example of a version that had grammatical errors would go as follows: "Hey! My name is Pat and I’m interested in sharing a house with other students who are serious about there schoolwork but who also know how to relax and have fun. I like to play tennis and love old school rap. If your someone who likes that kind of thing too, maybe we would good housemates."

As the study also noted, not even neuroticism (which is associated with anxiety, hostility, depression, and vulnerability) had a measurable impact on people's reactions to the errors in the housemate listings.

So are "grammar police" really jerks, who look out for everybody else's flaws and can't trust another person?