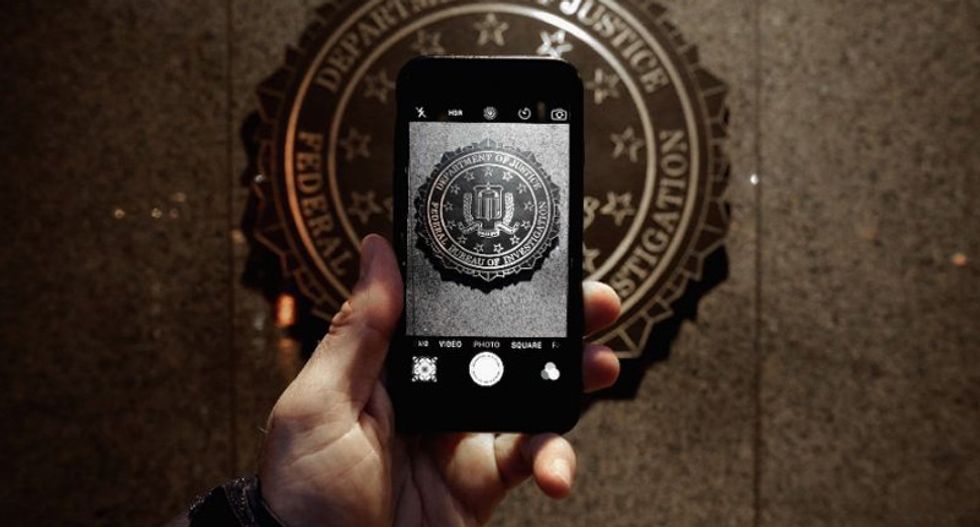 Professional hackers discovered at least one software flaw that helped the FBI break into an iPhone used by a San Bernardino attacker, the Washington Post reports (AFP Photo/Chip Somodevilla)

The Supreme Court on Thursday approved a rule change that would let U.S. judges issue search warrants for access to computers located in any jurisdiction despite opposition from civil liberties groups who say it will greatly expand the FBI's hacking authority.

U.S. Chief Justice John Roberts transmitted the rules to Congress, which will have until Dec. 1 to reject or modify the changes to the federal rules of criminal procedure. If Congress does not act, the rules would take effect automatically.

Magistrate judges normally can order searches only within the jurisdiction of their court, which is typically limited to a few counties.

The U.S. Justice Department, which has pushed for the rule change since 2013, has described it as a minor modification needed to modernize the criminal code for the digital age, and has said it would not permit searches or seizures that are not already legal.

Google, owned by Alphabet Inc, and civil liberties groups such as the American Civil Liberties Union and Access Now contend the change would vastly expand the Federal Bureau of Investigation's ability to conduct mass hacks on computer networks.

They say it also could run afoul of the U.S. Constitution's protections against unreasonable searches and seizures.

While Congress can reject amendments to the rules that govern federal courts, it rarely exercises that authority and is not expected to do so during a heated election year. And few lawmakers have shown interest in the subject.

Democratic Senator Ron Wyden of Oregon, condemned the rule change as having "significant consequences for Americans’ privacy," and vowed to introduce legislation to reverse it.

"Under the proposed rules, the government would now be able to obtain a single warrant to access and search thousands or millions of computers at once; and the vast majority of the affected computers would belong to the victims, not the perpetrators, of a cybercrime," Wyden said in a statement.

The Justice Department's quest to broaden warrant jurisdiction has not drawn as much attention as other recent confrontations over government access to digital information. These included the FBI's standoff with Apple over encryption arising from the agency's effort to unlock an iPhone used by one of the shooters in December's San Bernardino massacre.

A Justice Department spokesman said the change was necessary because criminals increasingly use "anonymizing" technologies to conceal their identity online, and remote searches are often the only way to apprehend such suspects.

The change does not authorize any new authorities not already permitted by law, the spokesman said.

(Reporting by Dustin Volz; Editing by Will Dunham)