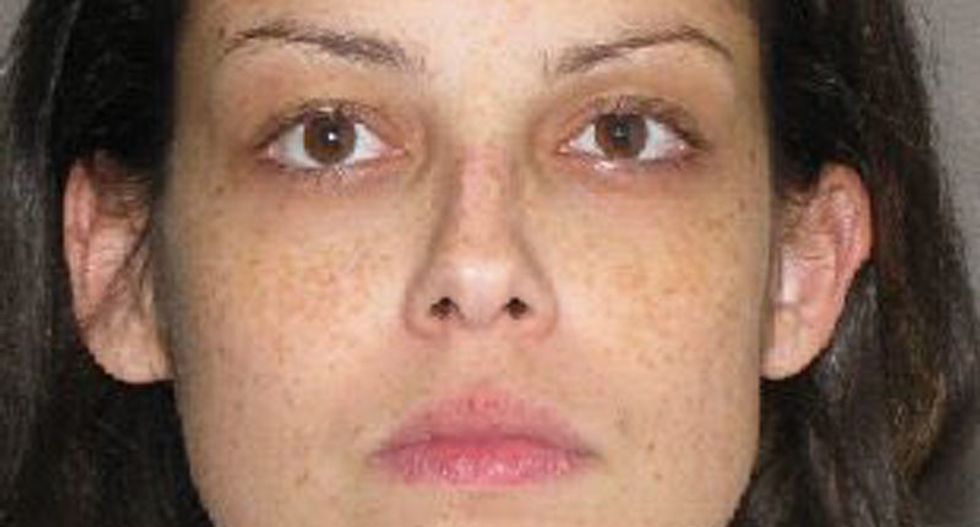 A Texas mom is being held by police after admitting that she and her boyfriend beat her 4-year-old daughter to death while they were in the midst of a heroin binge because the little girl drank her brother's juice, reports the Dallas Morning News.

Jeri Quezada, 30, is being held on $500,000 bail in a Grand Prairie jail following the death of her daughter Leiliana Wright.

According to the police report, Quezada initially called 911 saying her daughter had fallen in the shower, stating she and her boyfriend found her on the floor unresponsive.

Noticing bruises on the little girl's face, Quezada was taken in for questioning before finally admitting that she and boyfriend had been using heroin, and that her boyfriend had taped the young girl's arms behind her back and left her hanging in a closet where she couldn't sit down.

According to police, Leiliana's offense was drinking her 18-month-old brother's juice.

The couple admitted to beating her with a belt and bamboo sticks --including hitting her in the chest and the back of her head -- and attempting to force her to eat, only to have the girl begin vomiting.

Quezada said her boyfriend then grabbed Leiliana by the throat and lifted her off the ground with one hand and slammed her against a wall before throwing her back in the closet.

Later the 4-year-old was allowed  to take a shower on her own and Quezada said she heard her boyfriend in the bathroom yelling “get you some of this,” before hearing her daughter fall.

Police have ruled Leiliana's death a homicide, with the autopsy report showing the 4-year-old had extensive bruising from head to toe, whip marks on her back and severe bruising on her buttocks and back of her thighs.

Police have not released the name of the boyfriend with charges against him still pending.