'That's the sh*t we deal with': Texas woman films man harassing her for dressing 'like a man' 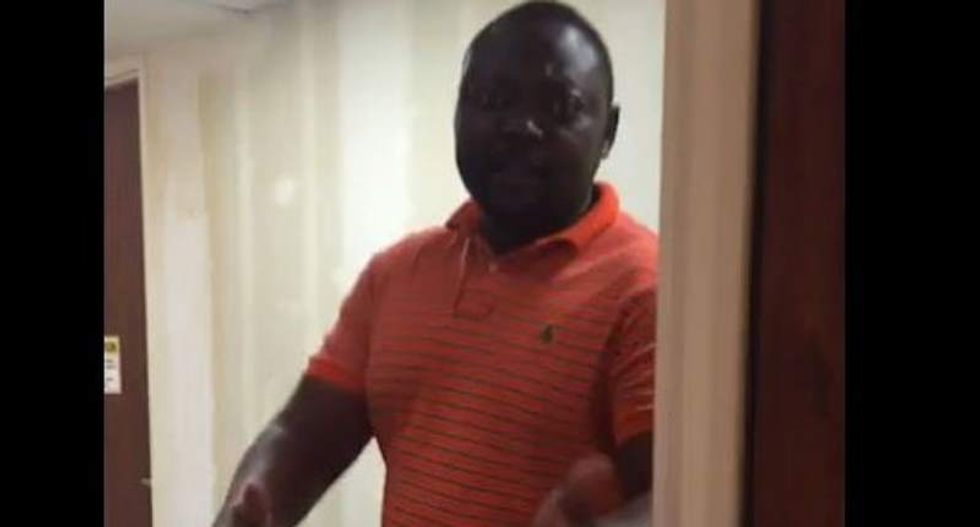 A Texas woman captured her harassment at the hands of an unidentified man for using the womens' bathroom because of her apparel, the Dallas Observer reported.

The encounter took place while Jessica Rush was using the restroom at Baylor Medical Center in Frisco on Thursday. She told the Observer that she was wearing basketball shorts and a Texas Tech t-shirt when the man approached her.

"You didn't look like a girl when I saw you enter," the man tells Rush in the video, adding, "I thought you was --"

"Yeah, it was kind of confusing. It's difficult. You're dressed like a man," the man responds before walking away.

"That's the shit we deal with," can be heard saying as the man leaves.

Rush also filmed her second encounter with the man, inside the office lobby.

"I was confused when I see somebody entering the woman's bathroom looking like a man," the man says in the second video. "I was with my mom, so I wanted to make sure she was going to the right place."

Rush said she has been harassed at both Hobby Lobby and 24 Hour Fitness in similar fashion because her hair is styled in a fauxhawk, leading people to assume she is not a woman.

"I look very much like a girl," she said. "I'm not trying to transition, nothing like that."

Rush's encounter with the man near the bathroom can be seen below.

The encounter inside the lobby can be seen here.