'The f*cking irony!': Owners of LA vegan restaurant get deaths threats for eating meat at home 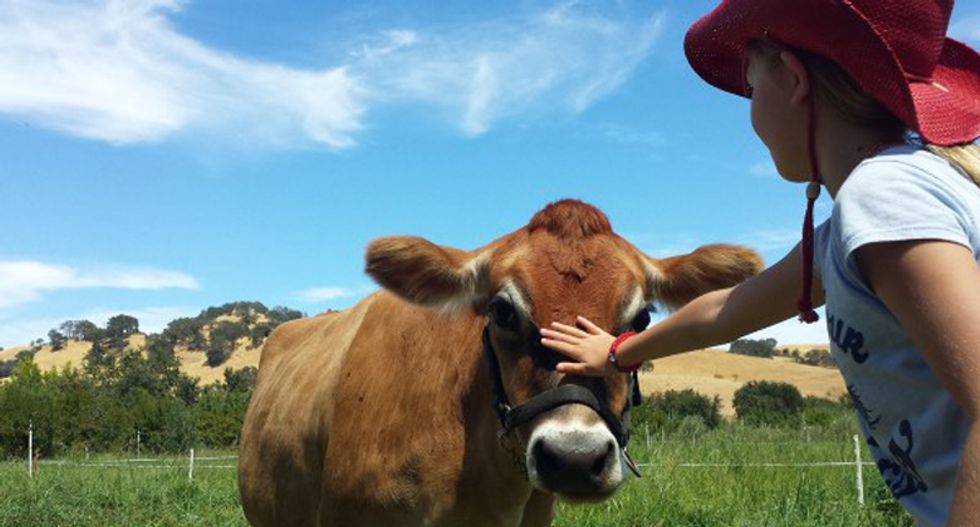 Owners of a trendy vegan eatery in Los Angeles are on the receiving end of death threats after an avid advocate of the eating style outed them for slaughtering and eating meat in their home.

According to the LAist, Cafe Gratitude owners Terces Engelhart and husband Matthew are under attack based upon an admission they made on their blog a year ago that -- after 40 years as vegetarians and 12 as vegans -- they were once again eating meat at their Be Love Farm in Northern California.

Reaction was fast and furious with vegans raging at the couple while calling for boycotts of the couple's restaurant as well as two others that they are affiliated with. According to the couple, despite assuring fans on the restaurant that it still "100 per cent organic, plant-based cuisine," they have received death threats.

Fans have also taken to Yelp to trash the restaurant's reputation, with one reviewer comparing the owners to child molesters.

"It's like a child molester operating daycare facilities, and why would anyone in good conscience ever want to come back to such a place of hypocrisy!?" Marie from Marina Del Rey wrote." This is no different from you posting your dog's photo announcing that you're going to skin him and eat him. YOU MAKE ME SICK TO MY STOMCH (sic) AND I WANT TO VOMIT ALL THE MEALS I HAD AT THIS PLACE!"

"I will no longer dine at Cafe Gratitude," Anna C. of Redondo Beach chimed in. "The owners of Cafe Gratitude also operate a for profit animal slaughtering business call "Be Love Farm." Love?? the f-ing irony. How do you go from ethical plant-based choices to making money on the #1 cause of climate change, raising cattle and slaughtering them for meat?!"

"This is a relevant review," she wrote. "The food sucks. The service sucks. The food is unoriginal, doesn't taste good, and is overpriced."

According to the LAist, a protest is scheduled outside the restaurant Friday night.