The Virgin Mary, cultural obsessions and the bizarre history of the tooth fairy 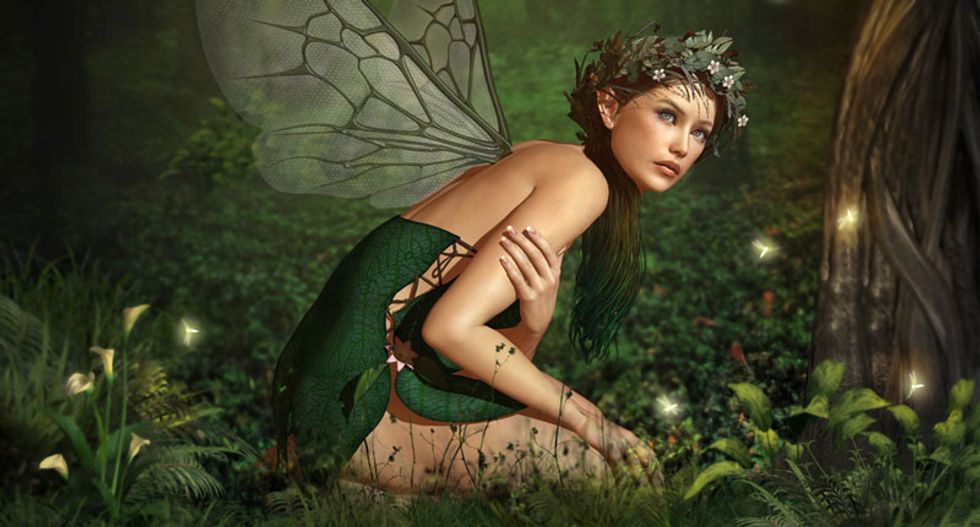 Digital illustration of a fairy (Shutterstock)

Consider The Little Good Mouse. Penned by French folklorist Madame D’Aulnoy in the 17th century, the story tells of, well, a mouse, both magnanimous and small of stature, who rescued a beleaguered queen from a wicked king. How could a mouse rescue a monarch? Simple — she transformed herself into an invisible fairy and pushed over the king, knocking out several of his teeth in the process. Then, while the king was tending to his damaged jaw, she carried the queen to a distant castle in a flying chariot. Duh.

The little-known fable is more than just another story about French rodents meddling in human affairs. It’s also believed to be one of the earliest mentions of what we’d recognize today as the Tooth Fairy, a childhood figure as popular as Santa Claus or the Easter Bunny but with far more obscure roots. In fact, no one’s been able to pin down the origins of the winged woman running a molar racket (though to be fair, few have tried.)

History’s leading expert was probably Rosemary Wells, a Northwestern University Dental School professor who founded and ran the now-defunct Tooth Fairy Museum in Deerfield, Illinois. Her research yielded some surprising insights into the mysterious tooth collector of our youths.

The earliest printed mention of our modern notion of the creature — a nocturnal sprite who replaces deciduous teeth with cold, hard cash — appears to be an eight-page children's play published in 1927.

According to Wells’s 1991 essay “The Making of an Icon,” the Tooth Fairy is a relatively young phenomenon. The earliest printed mention of our modern-day version of the creature — a nocturnal spirit who replaces deciduous teeth with cold, hard cash — appears to be an eight-page children’s play published in 1927.

Our broader cultural obsession with lost teeth goes back centuries, though. Wells cites research into (ill-specified) “primitive cultures” that adopted nine traditional methods of tooth disposal, none of which involve sleep or fairies:

the tooth was (1) thrown into the sun; (2) thrown into the fire; (3) thrown between the legs; (4) thrown onto or over the roof of the house, often with an invocation to some animal or individual; (5) placed in a mouse hole near the stove or hearth or offered to some other animal; (6) buried; (7) hidden where animals could not get it; (8) placed in a tree or on a wall; and (9) swallowed by the mother, child or animal.

Suffice it to say, our ancestors took discarded teeth very seriously. Medieval European and colonial American superstitions held that witches could use any part of someone's body to curse them, so no one was too keen on tossing old teeth in the trash. Rather, it was believed they should be salted and burned, buried or dutifully kept secure by the mother — as they still are today, albeit probably for sentimental purposes only.

The combination of postwar affluence, commercialization and an increasingly child-centric family culture all conspired to give the Tooth Fairy her current ubiquity.

Wells also notes a practice common to many continents, from Africa to South America, of calling on a mouse or crow to take away the tooth and return with a new one. “The point,” she concludes, “is not that different cultures evoke different animals or objects in their rituals, but that they felt strongly enough about the loss of the tooth to do something, and in so doing, have passed the custom down from one generation to another.”

Sleep doesn’t seem to have entered the equation until much later. Folklorist Tad Tuleja, writing alongside Wells in the collection “New Fairylore Essays,” finds two accounts of Tooth Fairy-like rituals in turn-of-the-century France: “In the first, from 1887, the child puts the tooth beneath the pillow and the Virgin Mary exchanges it for money or a toy. The second account, from 1902, cites a ‘good fairy’ as the benevolent dental agent and the reward is candy, not money.”

Both Wells and Tuleja believe the loss of baby teeth is a crucial rite of passage for young children. By softening a potentially traumatic experience, Wells argues, the Tooth Fairy ritual facilitates “the acceptance of the child as having passed from infantism to childhood, a stage usually accompanied by breaking away from the home environment and the typical influence of the mother, and moving toward a broader worldview through education and socialization.”

She notes that the cash-for-teeth transaction neatly lines up with the three stages of a rite of passage outlined by ethnographer Arnold van Gennep: “separation,” enacted by the loss of the baby tooth; “transition,” in which the gap-toothed child goes to sleep, tooth under pillow; and “incorporation,” embodied by the appearance first of money and later of a new tooth.

“Santa Claus’s promise is pre-monetary; goodness gets you Barbies or a Rambo doll. The Tooth Fairy’s promise is more modern: anything, even your own body, can be turned into gold.”

It’s heavy stuff, especially considering the inevitable follow-up rite of passage in which a child, now an adolescent, must confront the Tooth Fairy’s fiction. As for the ritual’s growth into a generations-spanning custom, Tuleja believes this is a distinctly American phenomenon: The combination of postwar affluence, commercialization and an increasingly child-centric family culture all conspired to give the Tooth Fairy her current ubiquity, showing up everywhere from personalized pillows to major motion pictures.

And while she may not have the stature of Santa, her secular nature is ultimately a clearer reflection of the American ethos. After all, Tuleja writes, “Santa Claus’s promise is pre-monetary; goodness gets you Barbies or a Rambo doll. The Tooth Fairy’s promise is more modern; anything, even your own body, can be turned into gold. That, in its final reductive wisdom, is precisely the vaunted magic of free enterprise.”