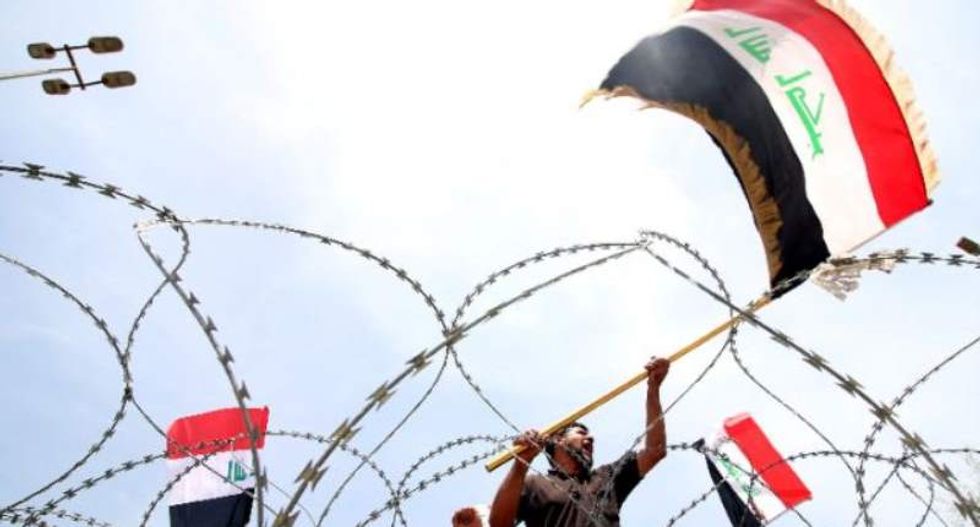 An AFP reporter said thousands of angry protesters moved into the restricted area, which houses the country's key government institutions, and some began ransacking the parliament building.

Rioters rampaged through several parts of the building while other protesters shouted "peacefully, peacefully" and tried to contain the destruction.

A protest held outside the Green Zone escalated after parliament again failed to reach a quorum and approve new ministers to replace the current government of party-affiliated ministers.

The unrest kicked off minutes after cleric Moqtada al-Sadr wrapped a news conference in the holy Shiite city of Najaf during which he condemned the political deadlock, but did not order supporters to enter the Green Zone.

"You are not staying here! This is your last day in the Green Zone," shouted one protester as thousands broke into the area in central Baghdad that houses parliament, the presidential palace, the prime minister's office as well as the US and several other embassies.

Protesters pulled barbed wire across a road leading to one of the exits of the Green Zone, effectively preventing some scared lawmakers from fleeing the chaos.

Several vehicles the protesters believed belonged to lawmakers were attacked and damaged, an AFP reporter on the scene said.