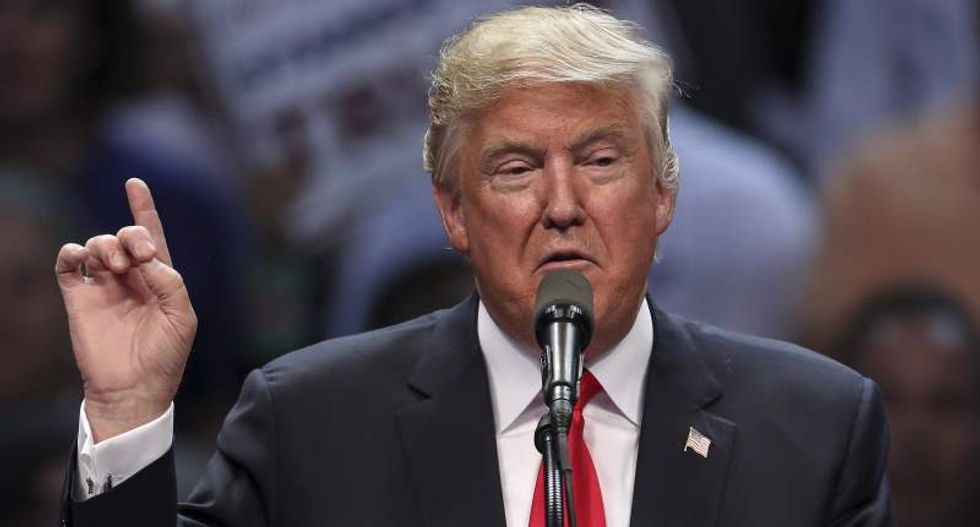 The New York billionaire needed a big victory in his home state to recapture the momentum in the Republican race and push him closer to the 1,237 delegates needed to win the nomination.

He was hoping to win more than 50 percent of the vote in New York against rivals Ted Cruz, a U.S. senator from Texas, and Ohio Governor John Kasich. Trump could win all of the state's 95 delegates if his vote total is above 50 percent statewide and in each of the state's congressional districts.

Trump's victory also sets him up for a strong performance next Tuesday, when five other Northeastern states hold nominating contests that he expects to do well in.

Democratic front-runner Hillary Clinton also sought a big victory in New York, which she once represented in the U.S. Senate, to blunt the momentum of rival Bernie Sanders and take a big step toward wrapping up the nomination.

There were no immediate projections in the Democratic race as polls closed at 9 p.m. ET (0100 Wednesday GMT)

The voting in New York was marred by irregularities, including more than 125,000 people missing from New York City voter rolls. The city has roughly 4 million voters considered active for the primaries.

New York City Comptroller Scott Stringer ordered an audit of the city elections board after it confirmed the names had been removed from voter rolls. He complained in a letter to the board that it was "consistently disorganized, chaotic and inefficient." Stringer cited faulty ballot scanners, late-opening polling stations and scant staffing.

Trump entered the New York contest with 756 delegates, while Cruz had 559 and Kasich had 144, according to an Associated Press count. The count includes endorsements from several delegates who are free to support the candidate of their choice.

If Trump does not secure enough delegates needed to win the Republican nomination outright at the party's July 18-21 convention in Cleveland, delegates would be allowed to switch to other candidates.

Trump remains unpopular with the Republican leaders and activists who select and serve as delegates, whereas Cruz has invested time and money courting them.

Some establishment Republicans have been alienated by Trump's more incendiary proposals, such as building a wall along the border with Mexico and slapping a temporary ban on Muslims entering the country.