Trump, Clinton, Sanders: Candidates work to be the 'most authentic New Yorker' 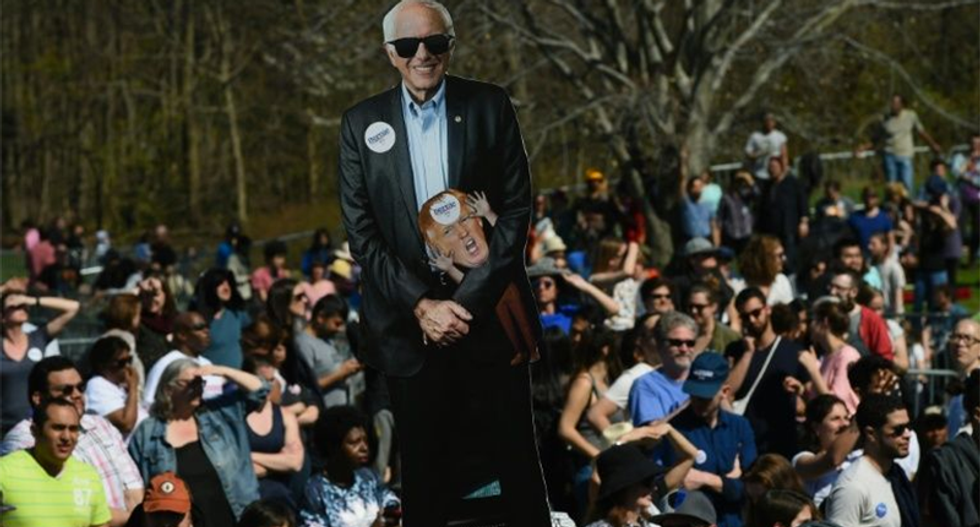 Donald Trump, Bernie Sanders and Hillary Clinton have one thing in common: they are all New Yorkers and have been proudly professing their links to America's largest city ahead of the state's key primary election on Tuesday.

They have tried to portray themselves as authentic locals and defended the "New York values" that Republican candidate Ted Cruz of Texas has derided throughout the campaign.

But the trio are vastly different types of New Yorkers.

The son of a wealthy property developer and Scottish immigrant mother, the 69-year-old billionaire grew up in a 23-room, nine-bathroom mansion in a tony section of Queens.

Launching his business career with a million dollars from his father, Trump eschewed building the middle-class housing that was the foundation of his family's wealth, and instead developed luxury properties in Manhattan. Eventually he branched into casinos and golf courses.

For 10 years, Trump hosted "The Apprentice" reality show that brought him into living rooms across America.

"I love this city, I love these people, these are my people," Trump said recently at a rally in Long Island.

The Republican frontrunner never misses an opportunity to pay homage to the strength of the city and its residents following the September 11, 2001 attacks.

"In our darkest moment as a city, we showed the world the very, very best in terms of braveness and heart and soul," he told a Republican gala.

Even with the brutal travel demands of the campaign trail, Trump tries to return home to New York to sleep in his luxury apartment in Manhattan's Trump Tower.

"I am very proud I was born here in New York City," Bernie Sanders says.

His father, a Polish Jew, arrived in the United States as a penniless 17-year-old. Sanders was born in Brooklyn, grew up in a humble apartment and attended neighborhood public schools.

The 74-year-old recently held a rally in front of his childhood home, and snacked on a hot dog in Coney Island.

He likes to point out that his wife, Jane, was also born in Brooklyn, and that his opponent Hillary Clinton is a New Yorker by recent relocation.

But Sanders also thought New York subway riders still use tokens, which were abandoned in 2003.

He was elected to his first job in politics, as mayor of the city of Burlington, in 1981 by just 10 votes.

She owns a home in Chappaqua, about an hour north of New York, purchased in 1999 to make her eligible to run for the senate position.

Clinton, 68, says she has visited every corner of New York state. "I think I know the state a lot better" than Sanders, she said.

"New Yorkers took a chance on me, and I will never forget it," the Democratic frontrunner told supporters at the iconic Apollo Theater in Harlem last month.

To prove her New York bona fides, Clinton recently rode on the city's subway, though it took her five tries to successfully swipe the magnetic card at the stubborn turnstile.

She says of Trump: "I wish he?d get out of one of his towers and actually walk the streets."

After her marriage to her Yale law classmate, Clinton lived in the southern state of Arkansas, where her husband Bill was governor. Then she lived in the White House from 1993 to 2001.

Clinton prefers to work in Manhattan instead of from her campaign headquarters in Brooklyn.