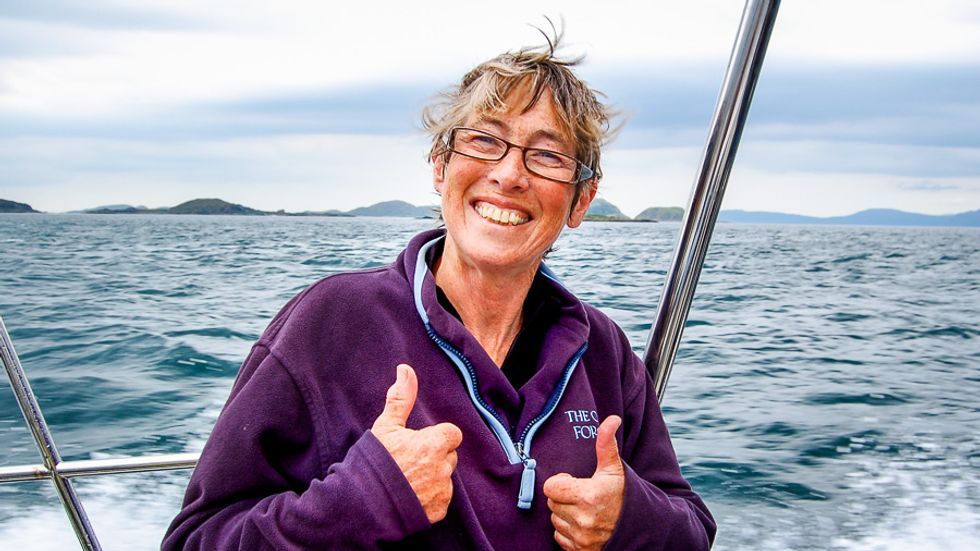 Donald J. Trump's resort could be facing a "mass act of pissing disobedience" after residents in Scotland accused the billionaire of using local police as a private security force to harass a 61-year-old woman who allegedly urinated near the candidate's Aberdeenshire golf course.

Rohan Beyts told the Sunday Herald that police came to her home last Thursday and charged her with violating section 47 of the Civic Government Act (Scotland) 1982. Officers said that staff with the Trump organization had used a cell phone to film her urinating in the dunes.

"There was no-one in view when I – and I am not admitting anything – sat down in the dunes which suggests that they were keeping out of sight," she explained to the paper. “I was doing nothing wrong... Actions like this are designed to intimidate. I’ve nothing to be ashamed or embarrassed about.”

Beyts is an environmental activist who has protested at Trump's resorts in the past. In 2011, she swam the Gulf of Corryvreckan to raise money for environmental causes.

Filmmaker Anthony Baxter said that it was not the first time local police had been used as a private security force for Trump's empire. Baxter was arrested in 2010 while making a documentary about Trump's treatment of local residents.

“The police are once again behaving like a private security force for Donald Trump,” he pointed out. “What a complete waste of police time and resources.”

Beyts said that she had received dozens of supporting messages after revealing the charges on social media.

“You are wonderful granny Beyts,” Rosanne McWilliams wrote to Beyts. “May your piss flow long and amber for many moons to come... God love ya.”

Davie Newton suggested that a “mass act of pissing disobedience might be in order if this is actually taken to court."

"Police should be ashamed as should the folk that sent them to you," Newton said.

Sarah Malone, a spokesperson for Trump's Scottish organization, called the incident "offensive behaviour" that was a "matter for the police."

“This disgusting and shameful act took place in broad daylight in full view of our staff and guests by an individual who has been disruptive in the past,” Malone insisted.