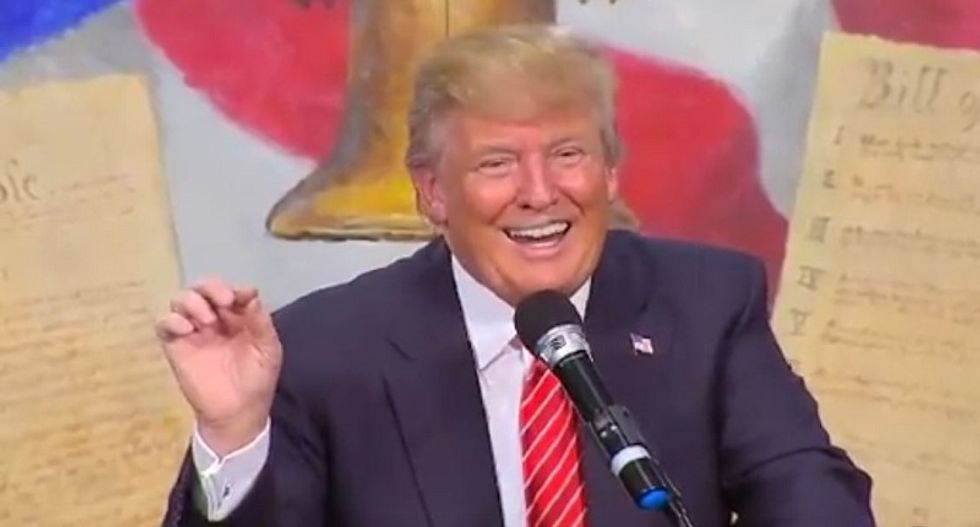 Republican front-runner Donald Trump is facing pressure from supporters and other admirers to take a more serious approach to his U.S. presidential campaign, worried that a string of missteps may do lasting damage.

Those who have marveled at Trump's ability to soar to the top are cautioning the New York billionaire just as weaknesses have been exposed in his shoot-from-the-lip approach to campaigning for the party's nomination to the Nov. 8 election.

Tuesday could be a turning point when Republican voters hold their primary contest in Wisconsin.

Trump's leading rival, U.S. Senator Ted Cruz, leads in opinion polls in the state. A Cruz win would make it harder for Trump to reach the magic number of 1,237 delegates needed to clinch the nomination before the Republican national convention in July.

"If he continues to fumble the ball, he risks everything," said David Bossie, who as president of the conservative group Citizens United has helped to introduce Trump to grassroots conservative activists. "These types of ham-handed mistakes give his opponents even greater opportunity."

A 69-year-old businessman and former reality TV show host, Trump has never held public office but hails his mastery of negotiating business deals as the sort of experience a U.S. president needs to be successful at home and abroad.

His declarations over the past week that NATO is obsolete and that Japan and South Korea might need to develop nuclear weapons to ease the U.S. financial commitment to their security have sent ripples through a Republican Party accustomed to promoting a muscular U.S. foreign policy.

His statement that women should be punished for getting abortions if the procedure is banned triggered alarm bells among social conservatives who, even though they oppose abortion, do not support punitive measures against women. Trump backtracked hours later.

Those Republicans who see in Trump a chance to generate voter turnout beyond party regulars to blue-collar Democrats and win the White House say his detail-free style of campaigning has come back to haunt him and he needs to gear up for a new phase.

Retired neurosurgeon Ben Carson, a former Republican presidential candidate who dropped out of the race earlier this year and endorsed Trump, said Trump should stop badgering those former rivals who do not support him.

During the Wisconsin campaign, Trump has relentlessly attacked Wisconsin Governor Scott Walker, who dropped out of the presidential race last year and who has endorsed Cruz.

Trump needs to be less sensitive about attacks from opponents and let some go by without responding, Carson said.

"He does understand that at a certain level but he has a difficult time not responding. If he can just get beyond that and learn how to bite his tongue and redirect people to something that is important, it will show a level of statesmanship that I think will give a lot of people confidence," Carson said.

Former U.S. House of Representatives Speaker Newt Gingrich, who has offered Trump informal advice, said Trump should replicate the type of performance he gave at the American Israel Public Affairs Committee on March 21, when he spoke from a teleprompter and offered a well-thought-out case for strong U.S.-Israeli relations.

Gingrich said Trump should make eight to 10 policy speeches in order to give voters "a sense of stability and seriousness."

"He has certain habits that may have been appropriate at one time and are not appropriate now," Gingrich said. "He's gone from being an insurgent that people laughed at and a front-runner that people were amazed by to the potential nominee. That requires you to change your role as all this comes together."