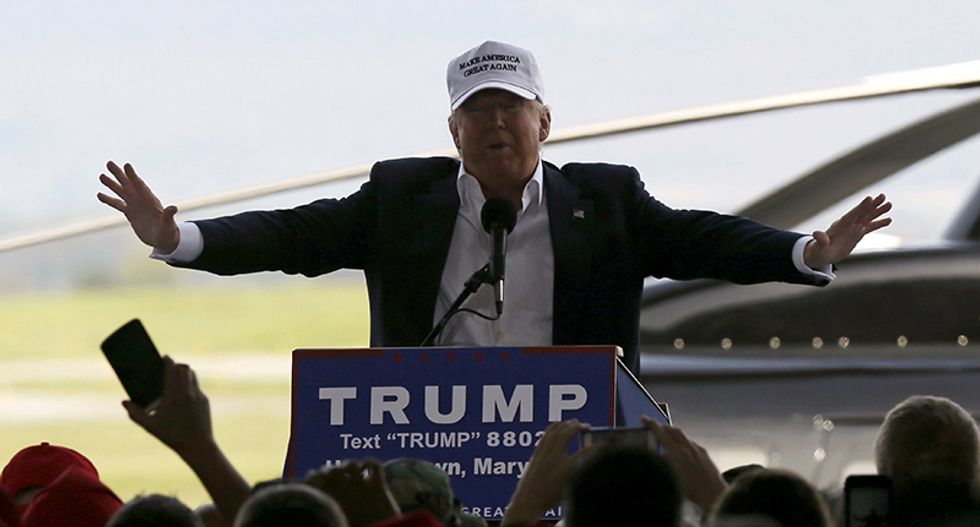 Republican U.S. presidential candidate Donald Trump speaks in front of his personal helicopter at a campaign rally in an airport hangar two days before the Maryland presidential primary election at the airport in Hagerstown, Maryland, U.S. April 24, 2016. REUTERS/Jim Bourg

Donald Trump was quickly named the winner in the GOP's Rhode Island primary on Tuesday, NBC News reported, giving him his fourth primary win of the evening.