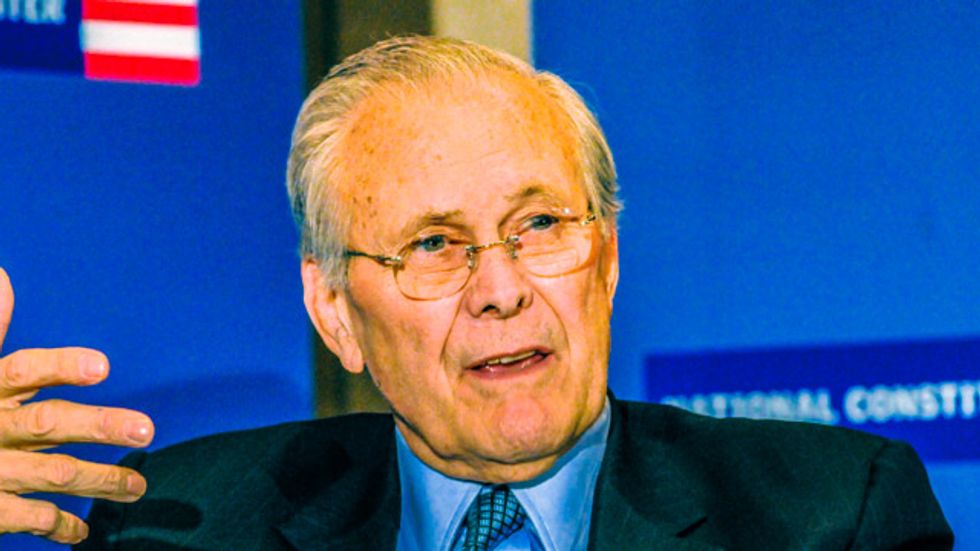 Twitter users heaped scorn and derision on Donald Rumsfeld after the former secretary of defense lamented that he would not likely live long enough to see a flat tax enacted.

The 83-year-old Rumsfeld's tweet invited social media users to vent their anger at him over the Iraq War and other misdeeds when he served in the George W. Bush administration.

According to a report from Rolling Stone's Asawin Suebsaeng and Nikki McCann Ramirez, Donald Trump is putting on a brave face by praising the Supreme Court's controversial decision to overturn the 50-year-old Roe v Wade decision, but in private is worried about the backlash and what it might mean for his political future.

The former president praised the decision that roiled the country on Friday and his political operation fired off a fundraising email that read in part, "Roe v. Wade has been OVERTURNED thanks to Pres Trump! Do you support the Supreme Court’s decision? TELL US HERE,” in an attempt to cash in.

A gunman went on a terrifying rampage in a gay bar and surrounding streets in Oslo on Saturday, killing two people and seriously injuring 10 on the day the city's LGBTQ community was due to celebrate its annual Pride parade.

The victims were shot inside and outside the London Pub, a well-known gay bar and nightclub open since 1979, as well as at one other bar in the centre of the Norwegian capital. "I saw a man arrive with a bag, he picked up a gun and started to shoot," said journalist Olav Roenneberg of public broadcaster NRK, who was in the area. "Then I saw the windows breaking and understood that I had to take cover."