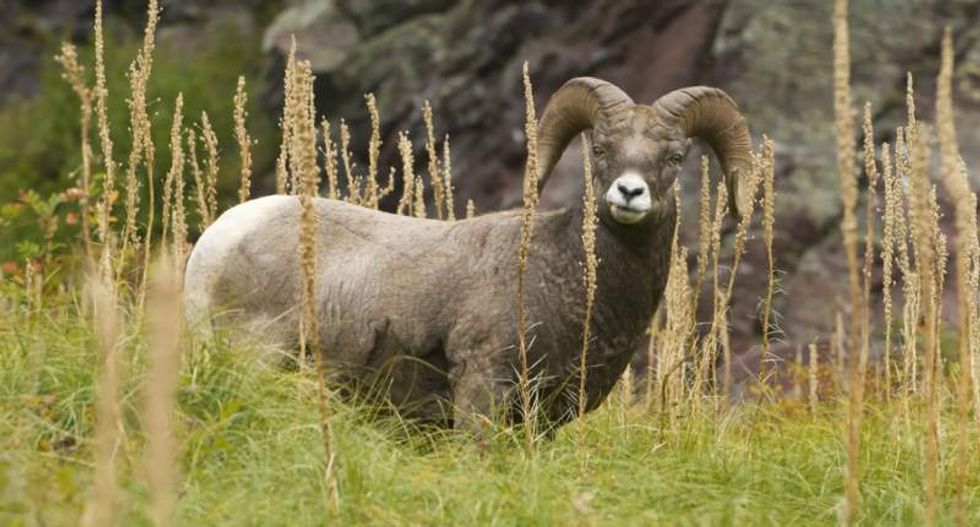 Two men accused of hunting a pair of protected bighorn sheep on private land and beheading them alongside an interstate highway in northern Oregon have been arrested on suspicion of poaching, police say.

Cody Plagmann, 37, and Justin Samora, 32, were taken into custody on Sunday along Interstate 84, some 90 miles east of Portland, and were expected to face misdemeanor charges when they appear in court on Friday, the Oregon State Police said in a written statement.

"Bighorn sheep are one of the rarest game mammals in Oregon today. Because of this, hunters can only draw the tag and get this hunting opportunity once in their lifetime and many never do despite years of applying," state wildlife department spokeswoman Michelle Dennehy said.

The herd where the two sheep were killed, along the Hood River near Biggs Junction, Oregon, are not ever legal for hunting, Dennehy added.

According to the state police, troopers responded to the scene in response to reports that a man was gutting a big game animal, possibly a bighorn sheep, and found Samora in his vehicle.

While the troopers were questioning Samora, passing motorists advised them that a second man was hiding in the brush, police said. A search turned up Plagmann as well as two severed sheep heads.

"Investigation revealed Plagmann and Samora had worked together to shoot and remove the heads of the bighorn sheep," the Oregon State Police said in the statement.

Plagmann was arrested on suspicion of taking possession of bighorn sheep, wasting of a game animal and hunting on private land. Samora faces charges of aiding in a game violation.

It was not clear if the men had retained attorneys as of Tuesday.

Jeremy Thompson, district wildlife biologist in The Dalles, said in a statement that the protected herd of bighorn sheep has been a popular attraction along Interstate 84 for years.

Oregon has about 5,000 bighorn sheep, which are hunted only under strict guidelines. Last year, some 22,000 hunters applied for a lottery of 96 tags that would allow them to kill one animal each. One tag in 2015 sold at auction for $160,000, Dennehy said.The penalty for killing a bighorn sheep is up to a year in jail and $6,250 in fines. The state could also seek up to $25,000 in civil damages.Bighorn sheep were considered extirpated from the state in the early 19th century due to hunting and disease.