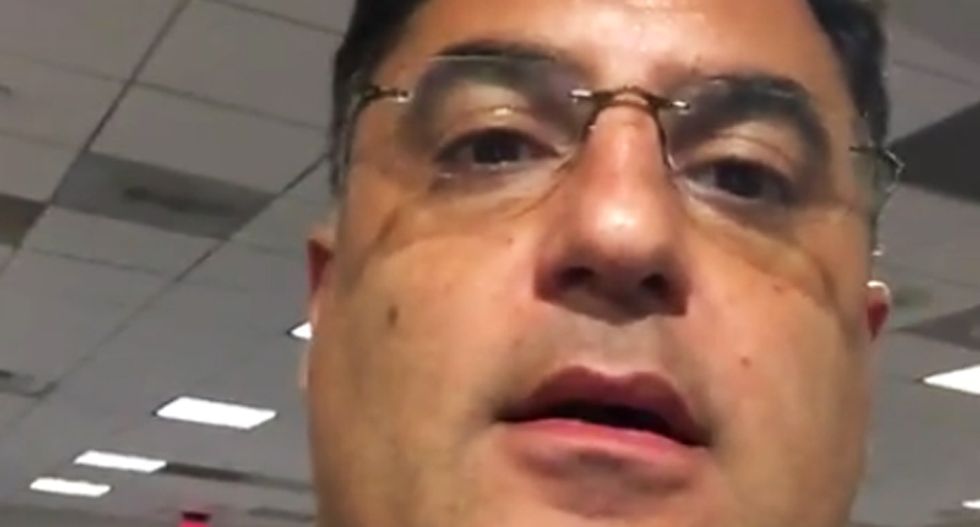 Late Friday night and into Saturday morning, Young Turks host Cenk Uygur live-streamed an altercation at an American Airlines boarding gate in Los Angeles over a flight that was delayed 4 hours, leading the host to be kicked off the flight before he even took a seat.

On Twitter, Uygur posted: "Management at @AmericanAir just kicked me off a flight to Miami because I complained the flight was delayed for 4 hours. Never got on plane."

He later added: "If you book a flight with @AmericanAir they will ruin your day, ruin your plans and then rob you. They say they won't give me money back."

In a video he uploaded, he and other passengers can be heard angrily arguing with boarding agents over the fact that no plane was  available after a 4 hour delay. Uygur can be heard repeatedly asking, "Who made the decision that we weren't ever going to get a plane," after accusing America Air supervisors of "thinking this is funny."

In a separate video, a supervisor directs him to customer service before admitting that he's been booted.

According Uygur, he was told “the Captain didn’t feel comfortable” with him on the plane.