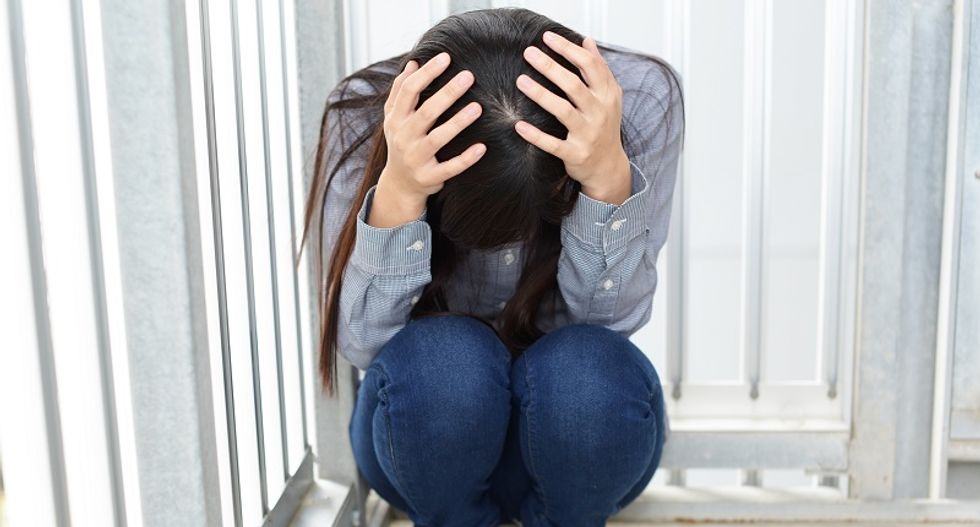 The United States has a shameful hole in treating mental illness. USA Today cites a 2012 report that shows a whopping 40 percent of adults with severe mental health problems, including schizophrenia and bipolar disorder got no treatment in the previous year.

The charity serves as an in-patient setting for exclusively female clients, aged 13 to 28. An insight into the philosophy behind the program can perhaps be gleaned from a speech by its founder, Nancy Alcorn, who in 2008 said,

“If there’s demonic activity, like if somebody has opened themselves up to the spirit of lust or pornography or lots of promiscuous sexual activity, then we’ve opened the door for demonic powers. And secular psychiatrists want to medicate things like that, but Jesus did not say to medicate a demon. He said to cast them out. And that’s supposed to be a part of normal Christianity.”

One former patient, Hayley Baker, suffered from a plethora of diagnoses, including major depression and an eating disorder. She also suffered a history of child abuse when she entered a Mercy facility in 2009.

Baker says she was denied prescription Xanax by staffers while suffering nighttime panic attacks, and instead given a sheet of paper saying, "Peaceful Sleep,” bearing a line from the book of Psalms: “He grants sleep to those he loves.”

Baker, like other patients, was told prayer could cure her problems. In fact, staffers approached all problems with this one-size-fits-all religious approach. When one facility experienced an outbreak of mononucleosis, residents were made to walk through the halls and call for banishing of the evil spirits that were causing it.

Baker, who was molested as a little girl, said part of the treatment she was expected to perform was to imagine Jesus being present during a traumatic event in her past and absolving her of guilt associated with it.

“I couldn’t make up Jesus saying something to me,” Hayley told Slate. “I didn’t blame myself for the abuse.”

That answer wasn't good enough, for the Mercy counselor who pressed her to continue, regardless of her protests.

Another woman, identified as "Lily," was anorexic and at 23 entered a Mercy facility weighing in at a mere 80 pounds. Her treatment? Hands were laid on her as staffers prayed over her. She says she went along with the program because she began to feel brainwashed. When she decided she wanted to go home, she said she felt pressured to stay.

“They prayed over me and put hands on me,” she says. “They made me feel like this was my only chance to live and if I left [early] there would be no more chances... And I thought maybe I’m the weird one for not having this open heart."

A former counselor called the program abusive, and said its expectation that women "graduate" in a certain amount of time is a form of victim blaming.

“Taking women who have very severe mental health issues and saying they’re not choosing freedom when they’re not ‘healed’ in a certain period of time—it puts the problem back on the girls," the counselor told Slate. "And they’re already really broken and hurting.”

Another troubling pattern is that in which some clients accuse falsely family members of horrific abuse -- which is associated with a discredited and dangerous treatment of so-called repressed memories that can only be accessed through hypnosis.

At least nine families told Miller their daughters entered the program and come out accusing family members of horrifying sexual abuse. Seven of the nine families have lost contact with the women.

The parents of a woman named Ellen told Slate that while at Mercy, Ellen was encouraged to "empty herself" before the Holy Spirit, and "‘Whatever the Spirit told us, that’s what happened... She called this event her 'deliverance.'" From these sessions, Ellen emerged with a stories of sex trafficking and being raped by her father. She has cut off all contact with her parents.

Slate reports that at least two of the three adult facilities run by Mercy in the U.S. are not licensed in their respective states of Louisiana and Missouri.

Editor's note: this story has been updated.