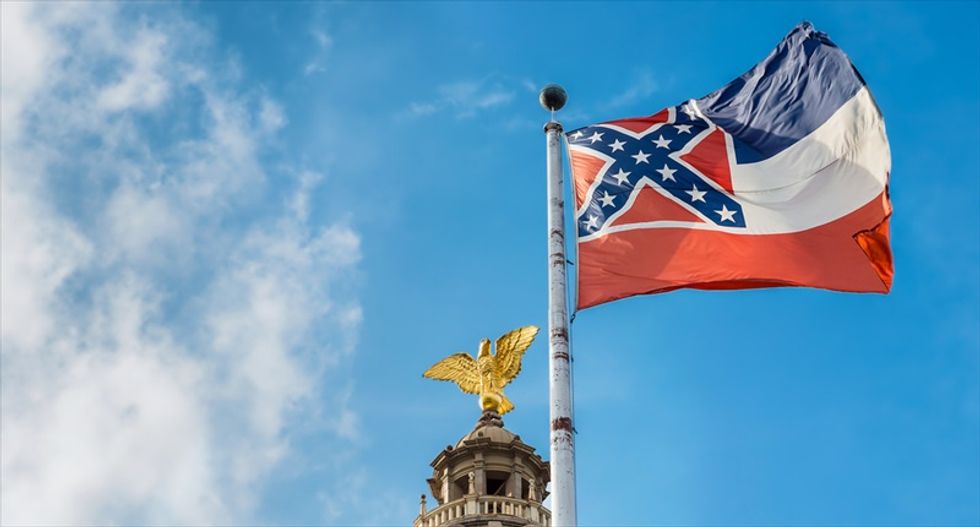 A display of U.S. state flags in a tunnel under Washington's Capitol complex will be replaced because of controversial Confederate symbols on some of the flags, an administrative committee said on Thursday.

In its place, in the busy passageway between the Capitol and adjacent office buildings, depictions of commemorative quarters representing the 50 states, the U.S. territories and Washington, D.C., will be installed, said Committee on House Administration Chairwoman Candice Miller.

Michigan Republican Representative Miller said in a statement that she decided to replace the display because of the controversy surrounding the Confederate flag, which is widely seen today as a symbol of racism and slavery.

"I am well aware of how many Americans negatively view the Confederate flag, and, personally, I am very sympathetic to these views," she said.

Lawmakers who choose to hang their home states' flags outside their offices may still do so. "In this way all state flags are displayed on Capitol Hill,” Miller said.

Only the Mississippi state flag still depicts the Confederate battle flag, in the top left corner. Symbols from various Confederate flags are evident in the flags of Alabama, Florida, Georgia and Arkansas.

All these states were among those that seceded from the union in 1860-1861 and joined the pro-slavery Confederate States of America that was defeated by the anti-slavery union in the American Civil War.

Representative Bennie Thompson, a Mississippi Democrat who pushed last year for his state’s flag to be removed from the Capitol, praised Miller's announcement as a step toward removing all signs of the “Confederate revolt against our own country.”

Criticism over public display of the Confederate flag intensified last year after a white man who gunned down nine black churchgoers in South Carolina was pictured on social media with it.

U.S. House of Representatives Speaker Paul Ryan, a Wisconsin Republican, told a weekly news conference that he supports the decision to change the display. It is expected to be installed once renovations of the tunnel are finished later this year.