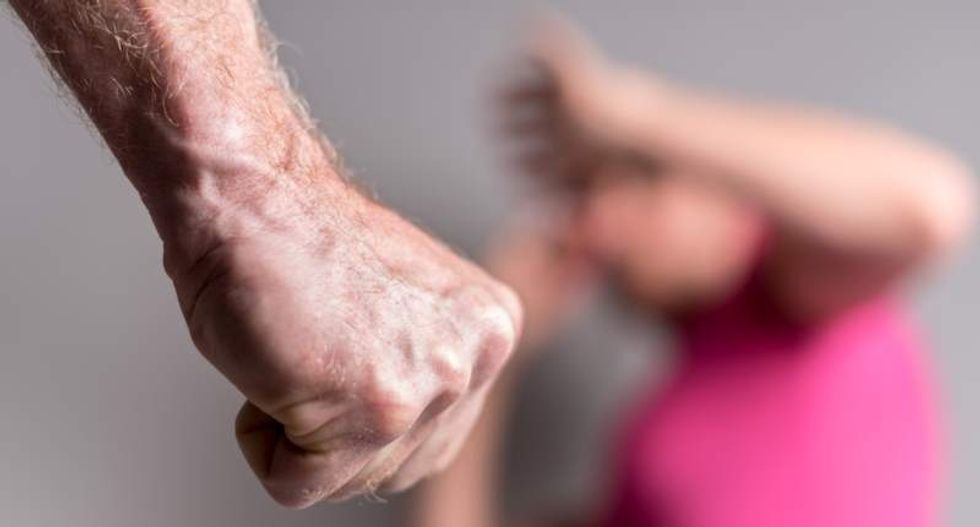 Newly-released footage shows the moment that both led to a Brooklyn paraprofessional leaving his job and instigated a $5 million lawsuit against him for punching an autistic boy.

The New York Daily News reported that city officials were ordered by a judge to release video of Milton Parker hitting 11-year-old Anatoly Veltman, Jr. inside the cafeteria at PS 225.

Parker filed for retirement following the August 2014 incident, and is now representing himself in a suit filed by the boy's family. He also told the Daily News that he believes the video corroborates his argument that the punch to the child's head was a reflexive action.

"Who gets hit and doesn't respond?" Parker said. "The kid punched me in the eye first and as a reflex he got hit back."

School records stated that Parker reprimanded the boy for spilling ice and throwing a napkin on the floor, to which the boy responded by saying, "This table is for whites only," and apologizing before hitting Parker.

The video shows Parker standing behind the student when the boy hits him in the face. Parker then winds up and responds in kind. According to the Daily News, the victim, who has the mental capacity of a 6-year-old, suffered a concussion and was taken to the hospital after the incident.

The boy's father, Anatoly Veltman Sr., told WNBC-TV that he is now being home-schooled because of the incident made him afraid of school buildings.

"From the moment that the children are taken off the school bus and put back on the school bus, they are protected by these paraprofessionals one-on-one," the older Veltman said. "That's the type of attention my son needs."

Parker said that his life was "destroyed" because of the incident, and that he has no assets for the Veltman family to claim in a suit. But he did not apologize for hitting the boy.

"I knew it was on camera," he said. "If it was intentional, I would have taken him to another room and beaten the snot out of him."

Watch the video, as posted by the Daily News, below.