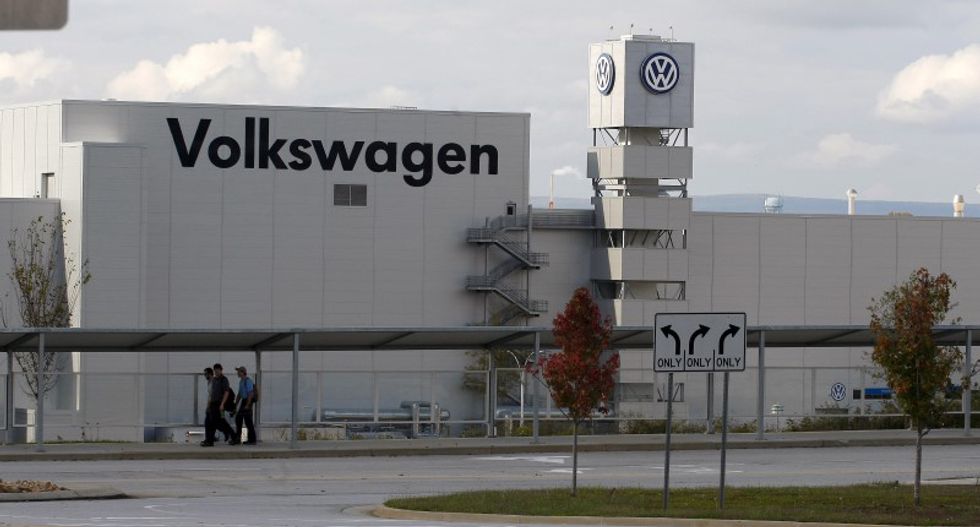 Volkswagen AG said on Monday it would go to a U.S. federal appeals court in an effort to keep the United Auto Workers union from representing a portion of the company's plant workers in Chattanooga, Tennessee.

The UAW in turn filed an unfair labor practices charge against Volkswagen with the National Labor Relations Board (NLRB) for the automaker's continuing refusal to bargain with the 160 skilled trades workers who voted 71 percent in December to be represented by the union.

This month, the NLRB upheld the December vote. The plant has about 1,500 hourly workers.

While the skilled trades workers who maintain plant machinery are a fraction of the hourly workforce, VW bargaining with them could serve as a launching pad for the union’s efforts to organize other foreign-owned plants in the South. In decades of trying, the UAW has not organized a foreign-owned auto assembly plant in the region.

The UAW in a statement said the VW move was "a stall tactic that won't work" and that in a previous similar case, the court of appeals that covers Tennessee sided against the company.

VW said the plant's workers should not be divided when it comes to representation.

"Volkswagen will take the necessary steps to have this issue reviewed" by the federal appeals court, VW said in its statement.

VW did not say when it would file with the court, or to which court it would file. Tennessee is in an appeals court district that also includes Michigan, Ohio and Kentucky.

"Managing an auto assembly plant is a difficult job, and the task is made much more difficult when part of your workforce is unionized and other parts aren't," said Dennis Cuneo, a management-side labor attorney not directly involved in the VW-UAW issue.

The UAW said, “We reject the company’s claim that recognizing and bargaining with the skilled trades employees would somehow splinter the workforce in Chattanooga."

The UAW on Monday once again said it has majority support among Chattanooga plant workers, but it did not call for a second election of all of the plant's workers. The UAW narrowly lost a February 2014 election in which all workers were eligible to vote. The union claims that election was unfairly influenced by Tennessee politicians and antiunion lobbying groups.