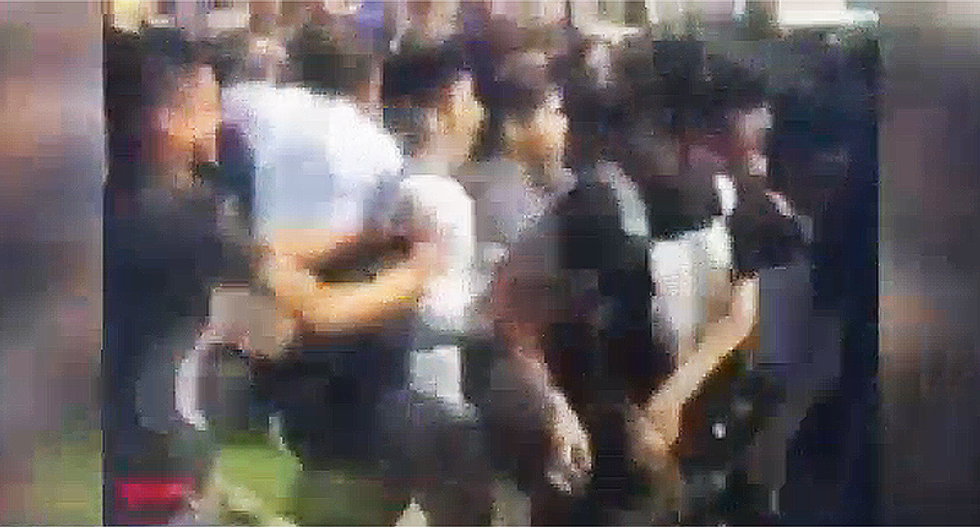 There are zero cases of transgender people attacking someone in a bathroom, but that doesn't stop the GOP from launching an all-out attack against transgender people who just want a place to deal with the most basic of human functions.

To deal with the controversy and complications, Santee Education Complex, a downtown Los Angeles high school assigned a gender-neutral bathroom so that everyone could be accommodated, according to NBC LA.

Tuesday, a group of men held a protest across the street from the school as classes let out. That's when a fight broke out between them and the students.

"One of the students just tackled the guy that was going against the gays and a whole load of students jumped in," 14-year-old student Jose Robles recalled. The teen grabbed his cell phone and began filming the incident. You can hear a man in the crowd saying "burn in hell, Santee."

"The bathroom's there for a reason, so they just wanted to come make a conflict," Jose said.

The protesters promised to return Wednesday for more.

Check out the full report below: