WATCH: Butt-slapping Kentucky man stops traffic to moon police -- then flips the bird and drives away 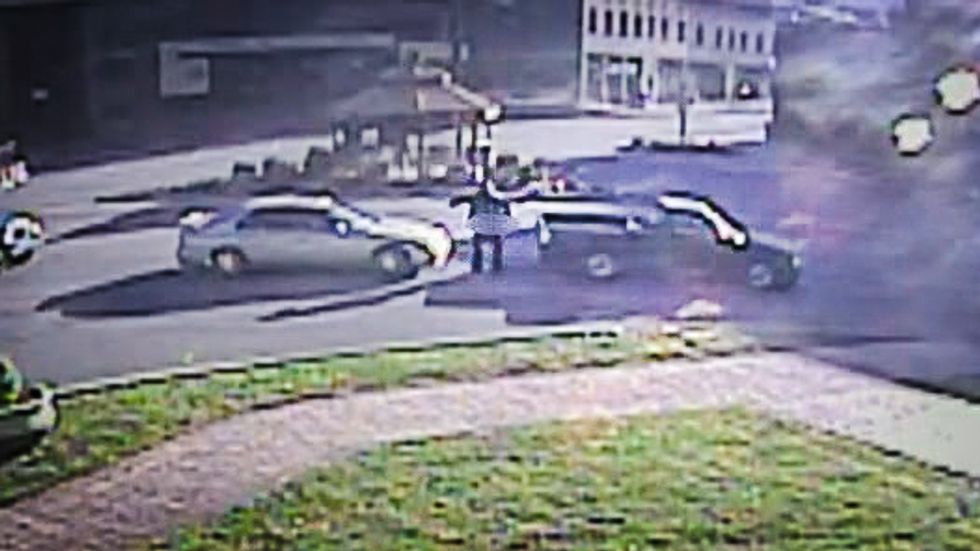 A Kentucky man was arrested this week after officials said that he stopped traffic in Manchester to moon the police officers and 911 dispatchers.

Video obtained by WYMT shows Clinton Sizemore Jr. stopping traffic in front of the police station and getting out of his pickup truck.

Sizemore then walks around the vehicle and pulls down his pants in view of the police station. He can be seen slapping his buttocks before pulling up his pants.

An arrest report indicated that the suspect shot his middle finger at police before driving away.

Sizemore was arrested on charges of indecent exposure, disorderly conduct and reckless driving.