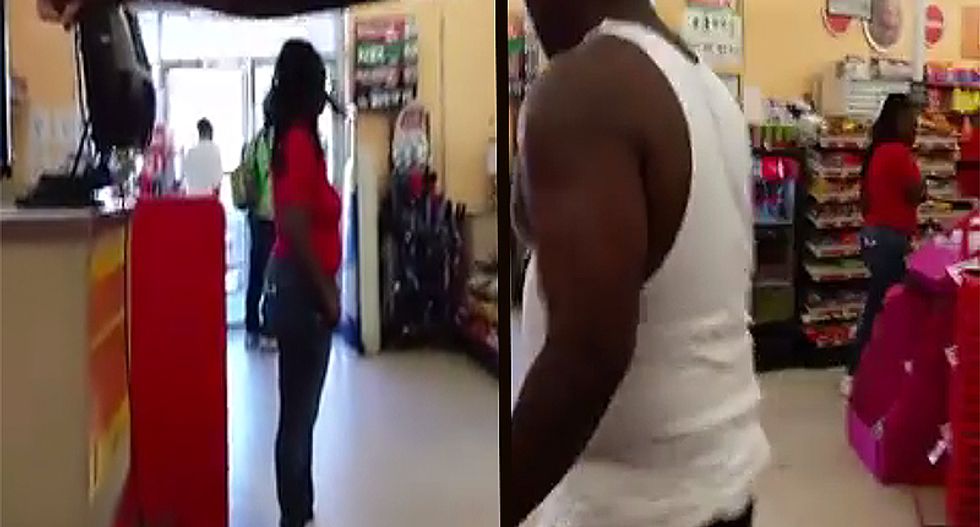 Melissa Langford went to the Family Dollar on Friday to pick up a few things, but when a normal shopping trip turned into a homophobic nightmare, it left her shocked and in tears.

It all started when a cashier was loudly proclaiming her hatred for gay people, Langford wrote on Facebook, according to Towleroad. "After five or six minutes (or at least it felt like that long) of listening to her yell and preach to each customer about how 'gay people need to get 'the f*ck', they got somethin wrong in they head, *edit* that she had the right to refuse service to anyone she wants, gays are sick' etc, I started to writhe away internally."

She writes that she wanted to cry, and was quite emotional as she was retelling the story on Facebook. "Y'all didn't hear the hateful passion in her voice," Langford continued. "She was so loud, so cruel, so uneducated... selfish and just outright mean."

Langford took action deciding to speak up and say something hoping the woman would stop. "Excuse me," she began politely. "But I'm very, very gay, and you're really offending me. Think what you want, but keep it to yourself," Melissa requested.

The woman behind the counter "flipped out," Langford explained. The woman not only denied service to the man in front of Langford, but to Langford as well, because both of the individuals were defending LGBT people.

That's when Langford pulled out her cell phone camera. She says that the woman toned it down a little, "as far as leaving the counter and goin by the exit just to not serve my gay ass," Langford wrote.

The video Langford shot with her cell phone clearly captures what the woman was saying and doing. As well as the other man at the counter shouting back at her, "you ignorant! You ignorant!" In all of her 34 years, Langford says that this is the worst she's had to deal with.