WATCH: CNN host shuts down Bernie supporter after he accuses her of going soft on Hillary 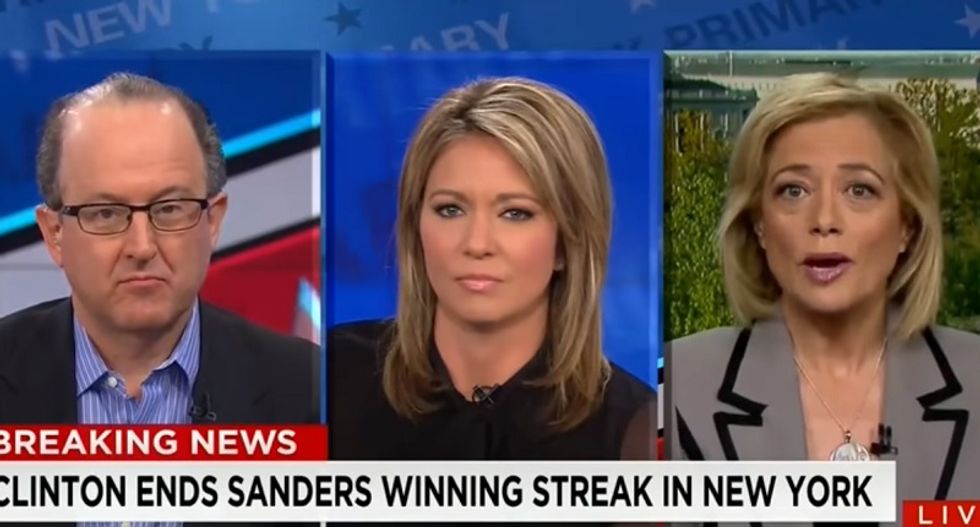 A supporter of Democratic presidential candidate Bernie Sanders got into a verbal sparring match with CNN hosts on Wednesday morning.

Tasini started off by accusing Baldwin of buying a "false narrative" about negative attacks, and claiming it's not a negative attack to request that Sanders' rival, Hillary Clinton, release the transcripts of speeches she gave at Goldman Sachs.

"By the way, I do take offense when you throw me under the bus. Thank you," Baldwin said.

He then cut in and tried to speak over the women, and they ended up telling him to "stop." They argued over which candidates had talked about the issues and had voting records in line with their platforms.