WATCH: Illinois councilman punched in the face after insulting Marines and calling man 'a f*cking spic' 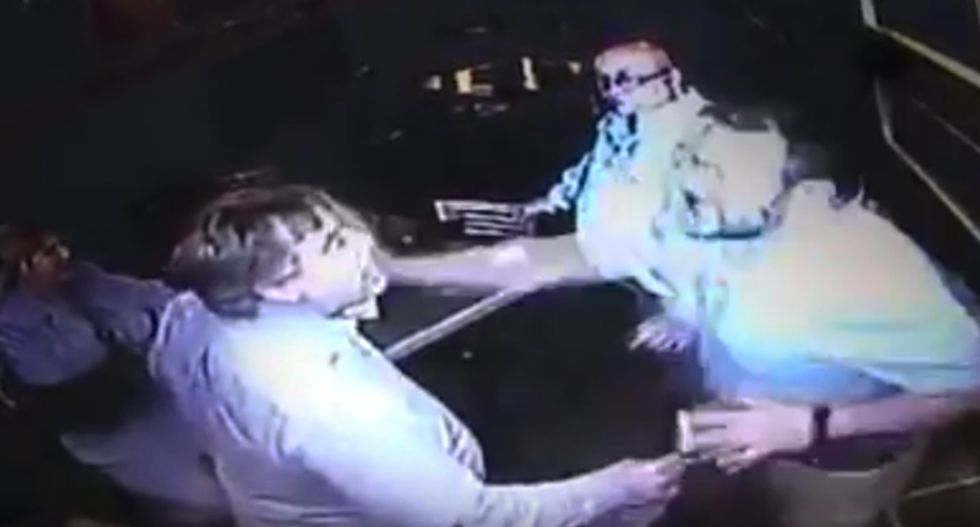 A Joliet city councilman has been accused of using a racial slur and threatening to shoot a man in the face, starting a bar fight that resulted in the arrest of a local businessman, reports the Herald News.

Councilman Larry Hug was on the receiving end of an open-handed punch to the face at the Double J Sports Bar on March 31, leading real estate broker Mark Koenig to be arrested for battery.

According to witnesses, the bar conversation involving the men got heated with Hug telling Koenig, "I'll shoot you in the face and beat you like you were 12 years old."

"He [Hug] was just being inappropriate the entire time," said Carlos Tinoco. "The whole thing was just getting out of hand."

In an interview with the Patch, Tinoco said the men were arguing about Donald Trump and that as he left to go to the restroom, Hug grabbed his arm and called him a "f*cking spic."

After Tinoco left, Hug and Koening continued to argue with Hug by insulting the Marines, leading to the fight.

“What got Mark going was he said something about the Marines and Mark’s dad is a Vietnam vet,” Tinoco explained.

In the video, Koenig can be seen yelling and pointing at Hug before coming around the bar table and hitting him in the face.

Hug disputed Tinoco's version of the incident saying, “I can tell you out of hand the allegations you told me he said are untrue. I can’t comment further about the details. I haven’t even heard from the state’s attorney or the special prosecutor about what’s going on with this.”