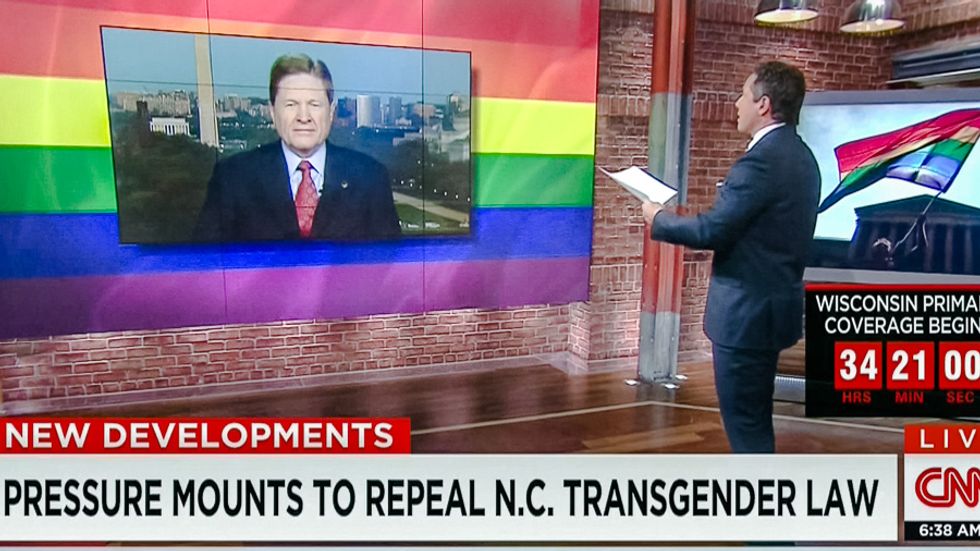 During an interview in which CNN surrounded Sprigg's live shot with a rainbow flag backdrop, Cuomo suggested that a law forcing transgender people to use the bathroom corresponding to the sex on their birth certificate was more about culture than protecting the public.

For his part, Sprigg argued that transgender people were not protected by the Civil Rights Act of 1964 because it was not the "legislative intent of Congress."

"I think it's more about culture," Cuomo told the Family Research Council senior fellow. "This is about what folks in North Carolina and Mississippi right now -- Georgia recently -- want and don't want."

"Times change, and that's what this is really about," the CNN host added. "Are you ready to change, North Carolina? Are you ready to respect transgender people for what they say they are? Because you can't point to any potential danger here."

Sprigg insisted that people "have legitimate fears about their safety."

"When you see someone who is obviously a man," Sprigg said, "regardless of whether they're wearing a dress or not, I think a woman in a restroom where she only expect to be with women or a girl who expects to be with girls has a right to feel uncomfortable about that."

"What worse message can be sent than the state action being we are against the freedom of these individuals," Cuomo concluded.