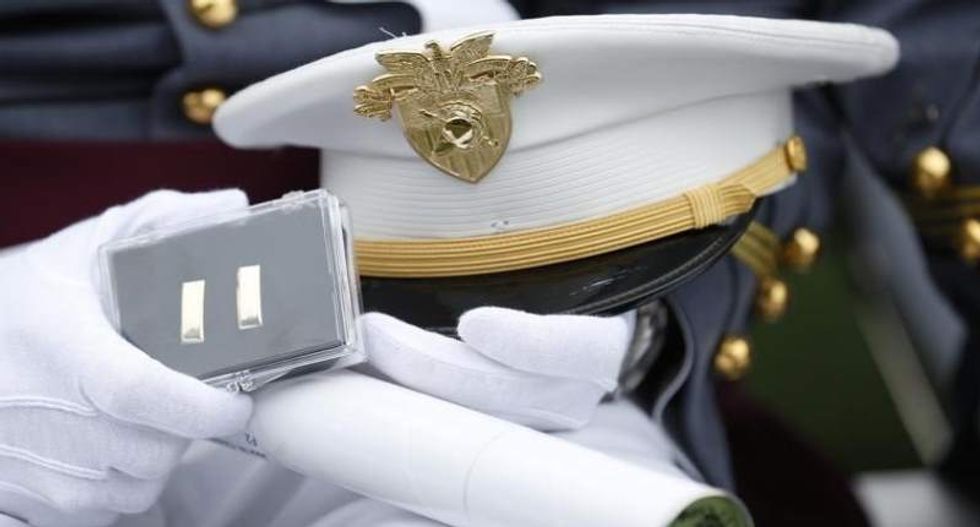 A graduate holds his bars and diploma during the commencement ceremony at the United States Military Academy at West Point, New York, on May 28, 2014. (Reuters/Kevin Lamarque)

The United States Military Academy is poised to have its first woman dean in its 216-year history after President Barack Obama nominated to the post a West Point graduate who currently leads the school's Department of Social Sciences.

Colonel Cindy Jebb, who holds a Ph.D. in political science from Duke University, needs confirmation from the U.S. Senate to take on the post. If approved, she would be promoted to brigadier general and serve as West Point's dean of the Academic Board, the U.S. Military Academy said in a statement on Friday.

“She’s revered amongst the faculty and cadets and we’re lucky to have her," West Point superintendent, Lieutenant General Robert Caslen, said in the statement.

The military academy in New York state was founded in 1802 and its graduates typically serve as Army officers. It accepted its first female cadets in 1976.

In January, the academy swore in it first female commandant of cadets.