When Americans thought hair was a window into the soul 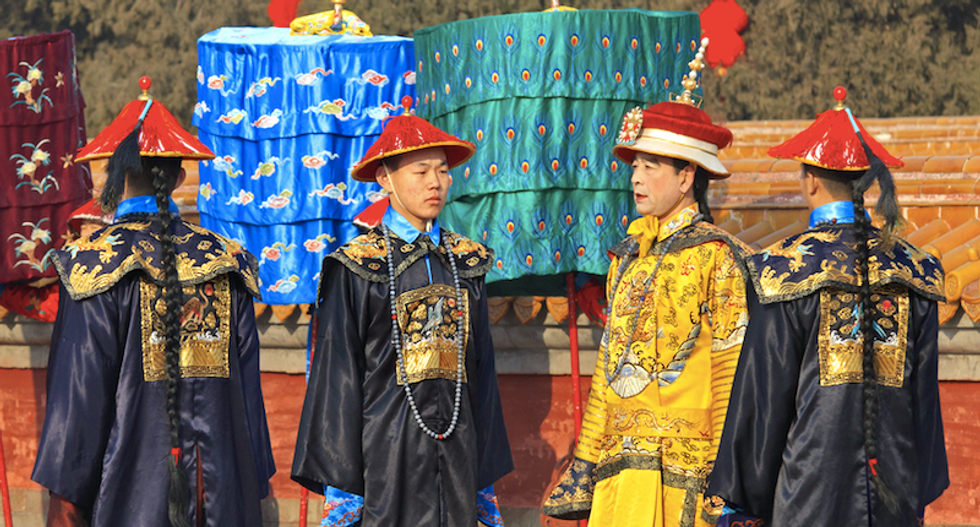 In 2004, the North Korean government launched one of the oddest television campaigns in recent history: “Let’s trim our hair in accordance with the socialist lifestyle.”

Accompanied by radio and print ads, the five-part TV series urged North Korean men to wear their hair short. State-approved haircuts, the campaign explained, ranged in length from one to five centimeters, with seven centimeters permitted for men over 50 who sought to hide a balding scalp.

Why, exactly, did the government care so much about how North Korean men chose to wear their hair? Long hair, the campaign argued, “consumes a great deal of nutrition” and thus threatened “human intelligence development” by depriving the brain of necessary energy.

Pseudoscientific ideas aside, state media also suggested that hair represented something deeper. The newspaper Minju Choson claimed that hair is a “very important issue that shows the people’s cultural standards and mental and moral state.”

This bizarre campaign might strike a Western reader as just another idiosyncratic North Korean story. But the idea that hair can reflect someone’s character didn’t originate with Kim Jong-il.

Until the early 20th century, people across the United States believed that hair could expose the truth about the person from whose head it sprouted. Hair was not just a means of creative self-expression or political affiliation, as it became in the middle of the 20th century – when it could signal to others that you were a hippie, a company man or a black nationalist. Nor was it simply a subject of ridicule, like Donald Trump’s hair – a source of endless speculation and mockery.

Instead, hair was understood to be a reliable – even scientific – method for quickly classifying a stranger. Hair, many 19th-century Americans believed, could reveal qualities like courage, ambition or criminal inclinations.

It also held exceptional weight in conversations about race.

In hair, ‘ruling passions and inclinations’

Americans used to believe, with surprising confidence, that hair style, color or texture could reveal a range of personal traits.

In 1863, for example, the literary magazine The Knickerbocker dedicated 13 pages to defending men who parted their hair in the middle – a style thought to indicate weakness.

Meanwhile, a Kansas City medical journal argued, in 1899, that “in criminals, as a rule, the beard is scanty.”

In the 1870s, multiple newspapers reprinted a lengthy taxonomy of the many temperaments hair could communicate.

“Harsh, upright hair,” for example, signaled “a stubborn and harsh character.” Flat hair indicated “a melancholy but extremely constant character,” while auburn-haired people had “the highest capacity for enjoyment or suffering.” Those with coarse black hair had a “tendency to sensuality.”

This taxonomy ended with a provocative suggestion that highlighted the deference people gave to hair:

The very way in which the hair flows is strongly indicative of the ruling passions and inclinations, and perhaps a clever person could give a shrewd guess at the manner of a man’s or woman’s disposition by only seeing the backs of their heads.

But more than 100 years before accounts connecting hair with personality traits became commonplace, white Americans had already been using hair as a shorthand for classifying and interpreting race.

Shame unto a man with long hair!

Associations between race and hairstyle are somewhat familiar to us today. For example, when the U.S. military revised its grooming standards in 2014 to forbid women from wearing dreadlocks, twists and many styles of braids, many observers viewed these changes as specifically targeting black soldiers, despite the race-neutral language of the policies. (Later that year, the military amended these policies in response to such critiques.)

But before the 20th century, hair wasn’t just associated with a particular racial group; it was understood to be unambiguous, biological evidence of a person’s race. 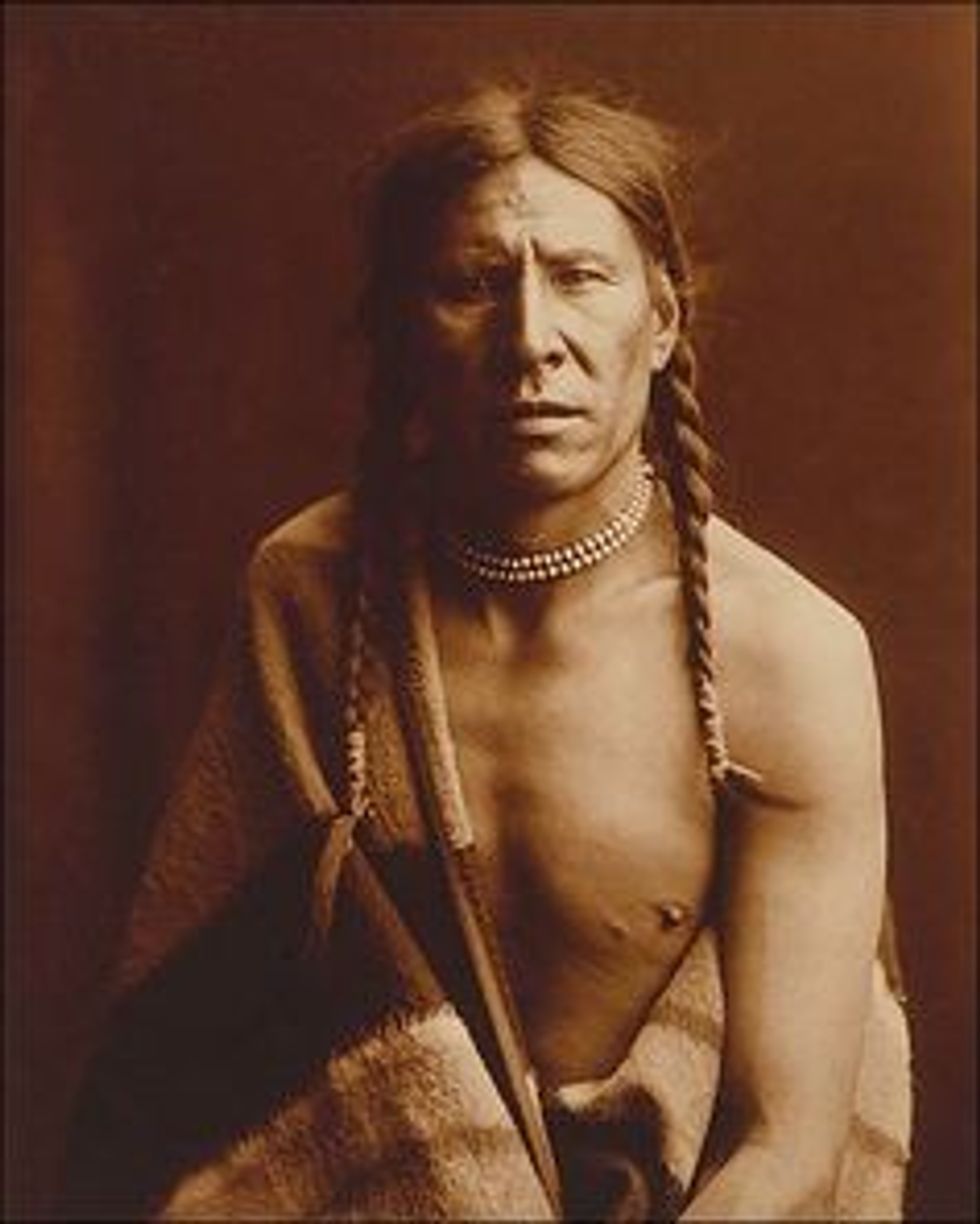 Seventeenth-century ideas of difference – what we might today recognize as racial difference – hinged much more on Christian beliefs than on physical characteristics, with Colonial critiques of Native American hair practices relying heavily on biblical mandates. Particularly common were references to 1 Corinthians 11, which asked, “Doth not nature itself teach you, that if a man have long hair, it is a shame unto him?”

In 1649, Governor John Endecott of the Massachusetts Bay Colony joined with a group of Colonial magistrates to condemn colonists who grew out their hair, stating that it was “contrary to the rule of God’s word,” an allusion to 1 Corinthians 11.

Furthermore, their proclamation argued, choosing such a cut was “uncivil and unmanly,” and male colonists who wore their hair long actually “deforme[d] themselves.” Crucially, Endecott and the magistrates described “the wearing of long-hair” as categorically “after the manner of Ruffians and barbarous Indians.”

To Colonial leaders, long hair wasn’t just a random style that some male colonists picked up in the New World; it was evidence of their un-Christian moral corruption. In critiques like Endecott’s proclamation, white colonists organized their world according a series of binaries, associating whiteness, Christianity, civilization and masculinity with short hair; and nonwhiteness, heathenism, barbarism and effeminacy with long hair.

Taking a cue from the queue

Two centuries later, similar associations between barbarism and men’s hair length still remained, shaping the way that white Americans responded to the Chinese immigrants who arrived in California after the discovery of gold in 1848. 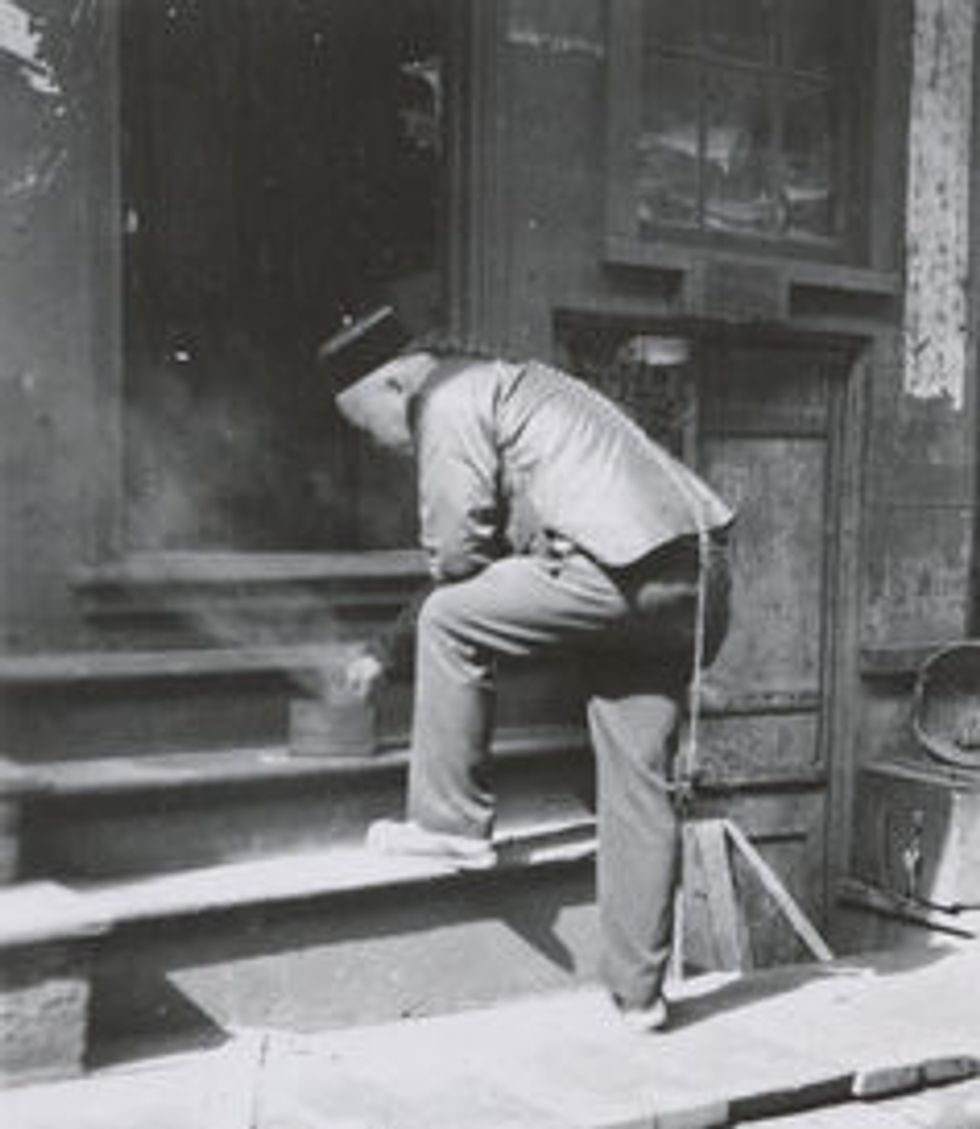 An elderly man with a queue in San Francisco.

Almost uniformly, Chinese immigrant laborers of Han ethnicity donned long braided ponytails called queues, which they wore during the Qing dynasty as a symbol of their loyalty to the emperor. (Since most Chinese immigrants to California in this period intended to eventually return to China, they did not cut off their queues.) Because queues were very different from the short hairstyles American men commonly wore, they fascinated white Americans, who referenced them constantly in images and print.

In the eyes of white people, however, the queue was not simply a novel hairstyle or an emblem of political allegiance. Instead, it quickly came to mean that Chinese men were not simply racially foreign, but also barbaric, old-fashioned and backwards.

The meaning of the queue was especially evident in the way American newspapers discussed the end of the Qing dynasty, when Chinese men in China and the United States cut off their queues.

On June 18, 1911, the San Francisco Call described how queues were “being sheared off by the thousands.” That “the bulk of Chinese men will wear their hair as do the men of Europe and of America” was evidence of China “at last…awakening from its sleep of ages.” 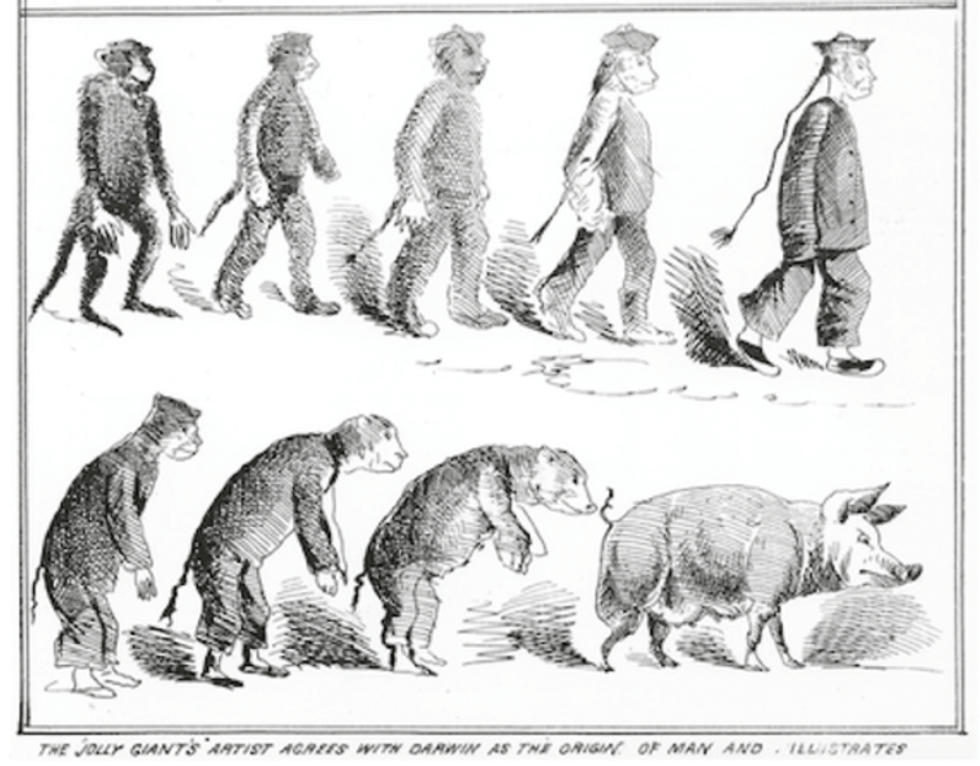 A racist cartoon from 1874 features a Chinese immigrant evolving from a monkey – and donning a queue.

When ‘locks’ could enslave

But the stakes for attaching racial meaning to hair were never greater than when hair entered the courtroom.

In the decades before the Civil War, mixed-race slaves would sometimes sue for their freedom, claiming that they were not actually black, and thus could not be enslaved. In court, judges and lawyers frequently utilized hair as reliable biological evidence of racial identity.

In Hudgins v. Wrights, which reached the Supreme Court of Virginia in 1806, the enslaved Wright family argued that they were descended from Native Americans, not Africans, along their maternal line. (Virginia had outlawed the enslavement of Native Americans in 1777.)

The judge ultimately ruled in favor of the Wrights, and his decision illustrates the authority hair possessed:

Nature has stampt upon the African and his descendants two characteristic marks […] which often remain visible long after the characteristic distinction of colour either disappears or becomes doubtful; a flat nose and woolly head of hair. The latter of these characteristics disappears the last of all…

In other words, in a 19th-century courtroom, hair revealed black identity even more reliably than skin color.

For centuries, racial judgments have been rooted in haircuts, hair textures and strands. And though it can be tempting to conclude that hair has always reflected the wearer’s identity, one’s haircut – like all aspects of the past – meant different things to people in different times and places. Hair is both historically and culturally specific.

And before the 20th century, hair spoke more loudly than we might have ever imagined.