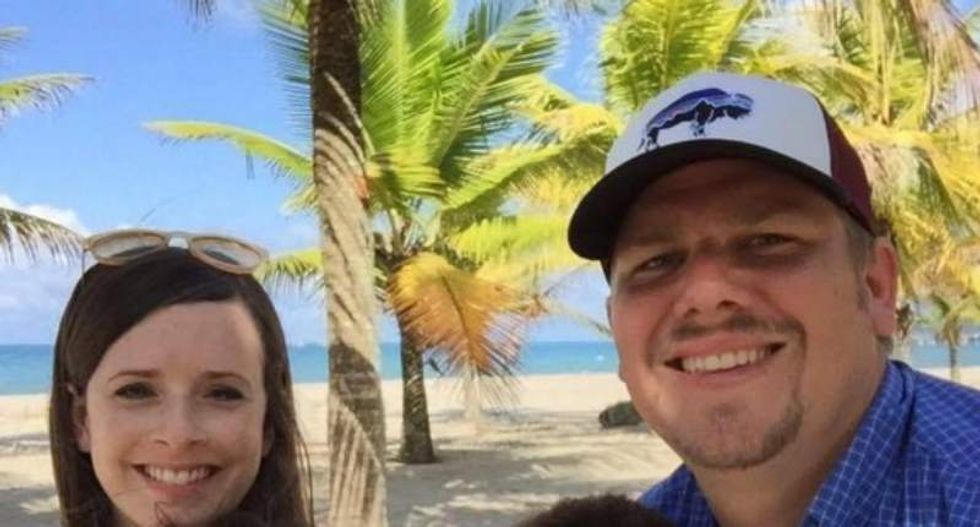 A white evangelical couple revealed on Friday that they are the parents of black triplets, who they adopted as embryos, and were born this past Sunday.

"There is something beautiful and enriching being the only white face sitting and chatting with some of my African-American friends as my son gets his hair cut on a Saturday morning," Aaron Halbert said in an op-ed published by the Washington Post. "There is also something wonderful in the relationship that is built as my wife asks a black friend on Facebook how to care for our little biracial daughter's hair."

Halbert explained that he and his wife Rachel Halbert were already raising other children -- a three-year-old black boy and a two-year-old biracial girl, both adopted as infants -- when another couple convinced them to try adopting embryos that were created through in-vitro fertilization. The embryos had been harvested by a Christian facility, the National Embryo Donation Center, which stockpiles excess embryos from such procedures.

"We live in a world with hundreds of thousands of embryos frozen in the United States alone. Most who aren’t selected by their biological parents are donated to science or destroyed or kept frozen," he wrote. "If Christians -- or others -- really believe life begins at conception, it follows that we should respond by being willing to support embryo adoption and even take part in it ourselves."

After implanting two embryos last fall, he wrote, they were informed at a hospital in Honduras -- where they are working as missionaries -- that one of the embryos split off, giving the couple triplets instead of twins.

Halpert said that though he and his wife both believe strongly in adoption as a part of their faith, they wanted to adopt non-white children after observing that it was harder for them to find homes in the US. He argued that "if the Lord wanted us" to have a white child, it would happen through traditional conception.

However, he said, neither he nor his wife are people who "think race doesn't exist, or [don’t] see it, particularly in Mississippi, where they grew up.

"There will always be the older white woman in Walmart who stared at us with sheer disgust, or the African-American mother who looked at us and just shook her head," he wrote. "However, there was also the young black girl who wept when we told her this little boy with her skin color was our son, and the older white doctor who lovingly prayed over him and held him so tenderly."