Who was the first woman depicted on American currency? 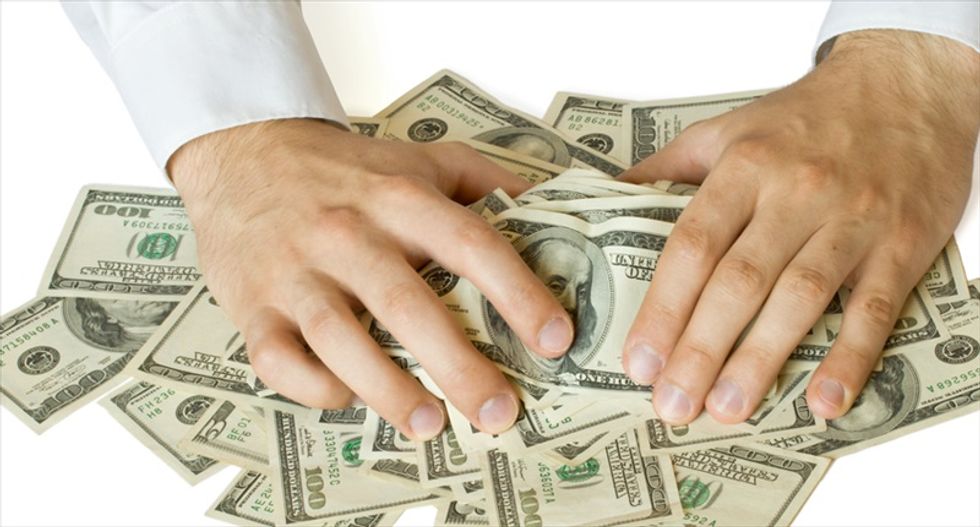 When the Treasury Department announced last June that a woman would grace the vignette of a newly designed US$10 bill in 2020 – rather than Founding Father Alexander Hamilton – there was a groundswell of support for the plan, as well as heated debate.

Even before Treasury Secretary Jacob Lew made his announcement, a nonprofit organization called “Women On 20s” had launched a major online campaign urging the government to put a woman on U.S. currency. Its sights were set on the $20 bill, however.

Ultimately that campaign – as well as one by Hamilton boosters – was successful as the government decided to leave the first Treasury secretary on the $10 and instead replace the face of 7th president and slaveholder Andrew Jackson on the $20 with that of Harriet Tubman, a self-liberated woman who led other enslaved people to freedom on the Underground Railroad. Jackson’s portrait will remain, but on the back of the bill.

Despite still having to share the monetary space with Jackson, this is a significant step forward for our country, full of symbolism and a sense of progress – even if long overdue.

Like the election of the first African-American president eight years ago, having the image of a black woman front and center on our nation’s paper money was until recently a far-fetched dream that will soon become a reality. It will have tangible implications for women of all ages and backgrounds for a long time to come.

Unfortunately, however, throughout this important conversation and debate, there have been some inaccuracies about the history of women on paper money.

My purpose in writing this article as a historian who has researched the symbolic links between money, colonialism and nationalism is to offer a contextualized global and historical perspective on the depiction of women and African-Americans on currency.

It’s also to answer a frequent question: who actually was the first woman on a banknote issued in what is now the United States?

While women have been featured on coins around the world since ancient times, they did not appear on banknotes until the 17th century – about 700 years after the first paper money began circulating in China.

Great Britain was first to do so by putting “Britannia,” the female personification of the island nation, on the inaugural banknotes issued by the Bank of England after its founding in the late 17th century.

Depictions of both symbolic female figures like Britannia and actual women have since appeared on the paper money of many countries, from Albania to Zimbabwe. These representations can be divided into five main categories: as national personifications of mythical goddesses, which represent a nation, its people or empire; as allegorical images; as unnamed or general members of societies; as real, historical individuals; and as rulers.

Queen Elizabeth II has been depicted on currency in Commonwealth countries for decades.

The list of real-life women depicted on money is longer, ranging from ancient historical figures such as Warrior Queen Zenobia of the Palmyrene Empire in Ancient Syria to monarchs including Britain’s Queen Victoria and Russia’s Catherine the Great to national heroines like Jamaica’s Queen Nanny of the Maroons. The warrior queen led a small band of escaped African slaves in a successful guerrilla war against the British in the 18th century. She is also the subject of a 2015 documentary that I coproduced (with director Roy T. Anderson) called “Queen Nanny: Legendary Maroon Chieftainess.”

In the U.S., paper money has been issued by both governmental and private entities and has circulated in the country since 1690, including during the Civil War period, when the Confederacy printed its own currency.

While Tubman’s selection for depiction on the $20 bill is historic, she is not the first woman – either mythical or actual – to appear on paper money in the United States.

Martha Washington, the first First Lady, was the last woman to adorn an American note.

Lucy Pickens was the first woman portrayed on paper currency in what is now the U.S.

However, the first nonmythical, historical woman to appear on any paper currency within our current borders was not on a U.S. bill but rather on Confederate money: “Queen of the Confederacy" Lucy Holcombe Pickens (and South Carolina’s first lady) was portrayed on Confederate $1 bills of 1862 and 1863 and the $100 bill of 1862 through 1864.

In other words, contrary to news reports, Pickens was actually the first woman to be depicted on paper money issued in the U.S., and not Pocahontas or Martha Washington.

Tubman’s image on the $20 bill is hugely significant when we consider that practically all previous images of African-American women and men depicted on U.S. paper currency were stock images of nameless slaves.

In the 1850s and 1860s, slaves were illustrated on private banknotes in southern states and on Confederate paper currency. In 1858, for example, the Bank of the Commonwealth in Virginia depicted a slave mother and child on a $50 banknote. Free blacks were depicted on a $10 banknote issued by the Bank of Catasauqua in Pennsylvania in the late 1850s. An 1861 Confederate States of America $10 bill depicted a slave picking cotton.

This Confederate bill from 1862 portrayed nameless slaves in the fields.

The signatures of four African-American men who served as registers of the Treasury have also appeared on the greenback. And during the Carter administration, Azie Taylor Morton became the first and only African-American to serve as U.S. treasurer. As such, her signature graced all currency issued during her tenure.

Aside from currency, there are other noteworthy historical and contemporary precedents for commemorating African-American women on our national symbols.

Many African-American women have been featured on U.S. postage stamps, especially under the Black Heritage series. Like national currencies, postage stamps are part of a government’s mass marketing of its history, identity, culture and achievements. The Black Heritage series has depicted women such as Tubman, Sojourner Truth, Mahalia Jackson, “Ma” Rainey, Billie Holiday and Madam C.J. Walker.

The portrait of a woman on current paper currency is long overdue.

With her image, the U.S. is now moving on from the depiction of African-Americans as slaves on Confederate banknotes to the portrait of a woman who fought for liberation from slavery. And that liberator’s appearance ends a long absence of African-Americans – and women of any race or ethnicity – from U.S. paper currency.

The Treasury Department says it aims to unveil the design of the currency by 2020, in time for the 100th anniversary of women’s suffrage, when the 19th Amendment was ratified by enough states to become part of the U.S. Constitution. The new $20 likely won’t enter circulation for another few years.

Even if it takes a while before we actually see these new $20 bills, the fact that Harriet Tubman’s visage will grace them underscores just how far we have come as one nation. And that she will replace a slaveowner makes it the perfect poetic and monetary justice.