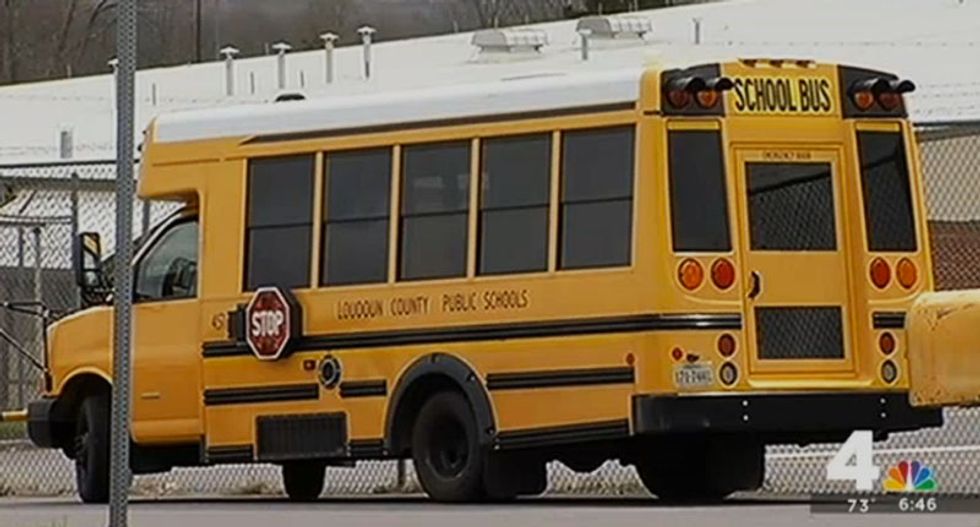 The CIA has come clean and admitted that they mistakenly left explosive materials on a borrowed school bus that transported special needs students for two days, reports NBC4.

Last week the CIA -- working in conjunction with the Loudoun County Sheriff's Office -- borrowed a school bus from the local school district to train dogs to detect bombs.

The bus was then returned to Briar Woods High School in Ashburn, Virginia -- but the putty-like explosive material hidden under the hood and next to the engine of the bus was left behind.

"During the exercise, explosive training material was inadvertently left by the CIA K-9 unit in one of the buses used in the exercise," the agency said in a statement, adding that the bomb had no detonator and posed no risk to the students.

According to a school spokesman Wayde Byard, the bus was then used for two days -- transporting special needs students over 146 miles before a piece of that training material fell out and was discovered when the bus was taken in for a mechanical checkup.

"When it is in a benign state, which means it has no blasting cap or electronic triggering devices on it, it is a safe substance," Byard said he was told by a BATF representative.

According to local residents, leaving explosives on a school bus is unacceptable.

"There should have been a checklist," resident Donna Caulfield stated. "The federal employees that were involved in that drill should be disciplined."