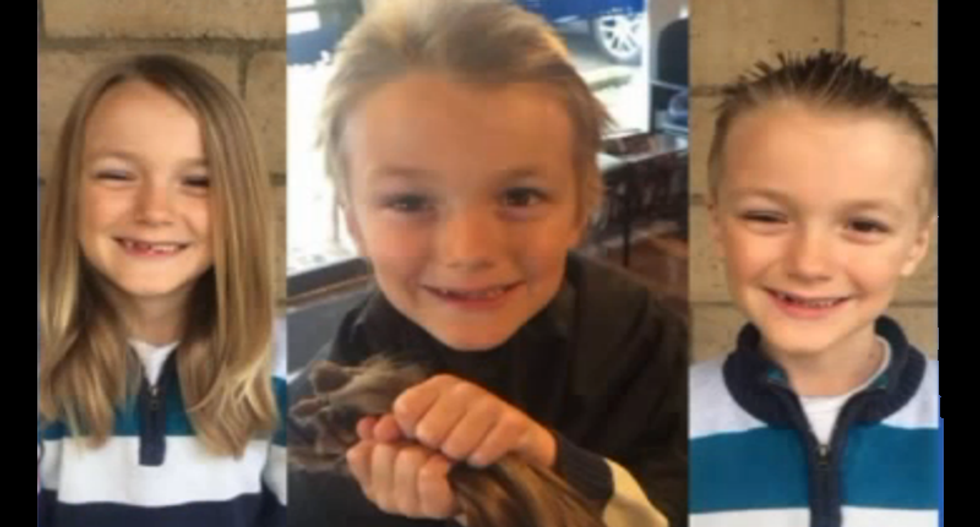 Vinny Desautels spent two years growing his hair out to help other kids who had cancer, but now the 7-year-old has a battle to fight of his own.

According to KFOR, Vinny has a significant growth on his hip, inside the bone around his eye and on his right cheek. They first discovered the problem when he complained about his eye getting heavy.

"Well, the veins from my hip are traveling to another place right behind my eye and it's making it squinty," Vinny explains.

For two years, he was mistaken for a girl as he grew out 13 inches of hair that he hoped would help kids suffering. "I want to help people so they don't have to go to the doctors to fight cancer," he said in an interview after the news of his sacrifice went viral online.

If you are able to help the family during this difficult time, they say they would greatly appreciate support through GoFundMe.