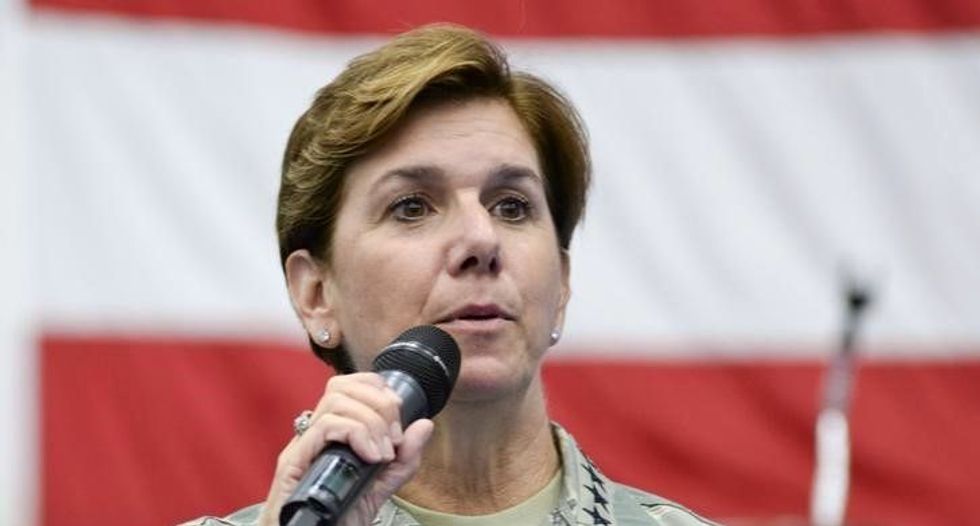 The position is one of the most senior in the U.S. military and makes Robinson, who previously led U.S. air forces in the Pacific, the top general overseeing activities in North America and holding responsibility for homeland defense.

The U.S. military last year moved to open up all combat roles to women, a historic step striking down gender barriers in the armed forces.

The Defense Department has nine unified combatant commands, responsible for different parts of the world and functions.

“She was instrumental in operationalizing our rebalance to the Pacific and in strengthening ties with the air forces of some of our closest allies,” U.S. Secretary of Defense Ash Carter said at a ceremony in Colorado that was broadcast to the Pentagon in Washington.

Robinson also took command of North American Aerospace Defense Command (NORAD), which is run jointly with Canada to monitor aerospace and maritime security in the region.

Robinson, who was named on Time magazine's "100 Most Influential People" list this year, said she was taking charge "at a time when regional and global events pose increasingly serious challenges to the international community and to our own national security."

She has moved quickly through the ranks in the past few years, from deputy commander of U.S. Air Forces Central Command in 2012 to vice commander of Air Combat Command a year later.

“Just in the last several years she's been adding really a star per year to her shoulder,” said Melissa Dalton, a senior fellow at the Center for Strategic and International Studies.

During a U.S. Senate confirmation hearing last month, Robinson laid out her priorities, saying that Russia was the largest external threat to U.S. national security while she would closely track home-grown “violent extremists."

Robinson has said that she views herself as a leader who just happens to be a woman.

Out of 39 four-star generals and admirals, only three are women, according to Pentagon data. Robinson is one of them.

“One woman can't change things all by herself and it's going to take leadership and willingness to evolve the military,” said Kate Germano, chief operating officer of Service Women’s Action Network.