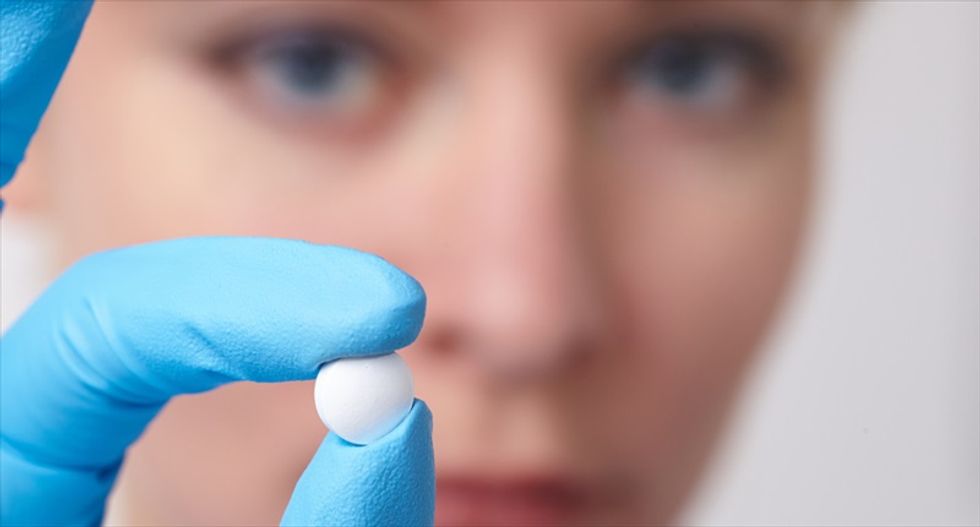 In the past five years, Targeted Regulation of Abortion Providers (TRAP) state laws have shut down at least 162 women’s health clinics in the US or stopped them from performing abortions, and made both surgical and medical (pill-induced) abortions incredibly expensive and difficult to obtain in many areas.

This trend will only increase if the Supreme Court upholds the law challenged in Whole Woman’s Health v. Hellerstedt this summer. The existing law in Texas, about which the case is being fought, puts onerous requirements on abortion providers, and would shut down more than 75 percent of all women’s health clinics that provide abortion services in the state.

As a result of being denied medical care, Glamour reports, some women are being forced to take matters into their own hands.

Renee, 17, is one such woman. She got pregnant, but knew she didn’t want to have a child at that time; she was planning on college and medical school. Going to the local clinic felt out of the question for her because of the protesters outside: “All that screaming, telling you, ‘You’re going to hell’—I couldn’t do all that,” she says.

Instead, through a relative, she procured the drug misoprostol (“miso”) to induce an abortion. “I had severe cramps and was feeling sick,” she said. In the end, “it was like a very, very bad period.”

Miso is a legal drug, when prescribed by a doctor; it’s used to prevent ulcers as well as to induce abortion. To induce a “medical abortion” (that is, non-surgical), miso is almost always given with a second drug, mifepristone (known as RU-486). When this procedure is done legally by a doctor, the first step is for a doctor to give RU-486, which causes the embryonic tissue to detach from the uterine lining. Then, miso, which can be taken later at home, triggers contractions that expel the tissue.

RU-486 is very restricted, and must be taken in front of a doctor—so it’s almost impossible to get on the black market. Miso is easier to obtain (and a lot cheaper, as little as $2 a pill), so most women who induce abortion on their own take just miso. But miso alone is only about 80 percent effective, and if the pregnancy is carried to term after it’s taken, there’s an elevated risk of birth defects.

Many women aren’t able to even get miso. Or they think they’ve bought it—online or through a nonmedical source—and the pills turn out to be fake, contaminated, or labeled incorrectly in terms of dose. Some women turn to herbs and supplements to end their pregnancies, while others resort to self-injury.

Rebecca Gomperts, MD, PhD is the founder of Women on Web, an organization which sends abortion drugs to women in countries where the procedure is banned. She said she received nearly 600 emails last year from Americans desperate to end pregnancies. Some samples:

“Please, I need info on how to get the pills to do [an abortion] at home.”

“I have considered suicide. If [my boyfriend] finds out about me being pregnant, God only knows what will happen. He is a violent, angry person, so I need some help.”

“I need the pills bc I…can’t travel that far. I live [in] Mississippi where I can’t find a doctor. Please help!”

Last year, Americans entered at least 700,000 searches for variations of the phrase “how to self-abort.” But women who seek out home abortions do so at a risk; according to the Center on Reproductive Rights and Justice (CRRJ), at least 17 women have already been arrested for allegedly trying to perform their own abortion or helping someone do so.

CRRJ and other groups are trying to decriminalize home abortions. They say that if the source of miso is known, it’s not that risky for women to take. Plus, “many treatments in medicine are far less than 80 percent effective,” including drugs for asthma, migraines and Alzheimer’s, points out Arthur Caplan, PhD, a medical ethicist at the New York University School of Medicine.

An underground network of midwives, doulas and activists agree, and work to supply women with the pills necessary to gain control.

As one such activist said: “If I got caught for this stuff, I could be facing 25 years to life…I have a seven-year-old. Going to jail is a scary thought. But I can’t just sit around and wait for things to change.”

Read the rest of the in-depth report here.