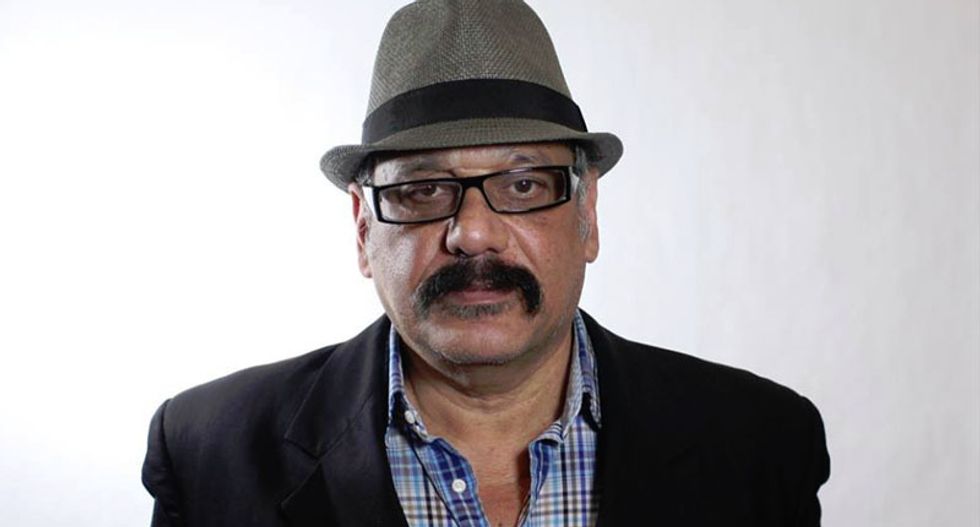 [Editor’s note: In 1984, Anthony Papa was given a sentence of 15-to-life for a nonviolent drug crime, under New York’s Rockefeller drug laws. In 1997, he was granted executive clemency. In his new book, This Side of Freedom: Life After Clemency (excerpted below), he describes how his struggles don’t end when he’s granted his freedom.]

Every time I left the apartment, I thought for sure that I would somehow violate the conditions of my parole. Violating parole was very easy to do. Any negative police contact would trigger a violation. My fear came from everyday simple acts that I associated with my past life in exile.

This reality came to me one day when I was riding a crowded train and a passenger bumped me from behind.

I automatically went into a defensive mode. I gripped the overhead handrail tightly, as my heartbeat elevated and adrenaline started to pump into my veins. I bit my lip and tried to calm myself down. I knew back in prison a simple bump could lead to a brutal confrontation.

I thought about the time Raymond the porter bumped crazy Dominick.

One day I walked past a cell and saw someone hiding in the corner. A voice called out my name: “Tony, come here.”

It was Dominick, a big Italian guy who I worked out with, who was doing time for murder. I walked toward the cell when it swung open.

I walked in the cell and Dominick uncovered the hood he had over his head.

Dominick’s eye were wide open; he looked like he was high on something. He was wearing a heavy army jacket that was stuffed with thick library books to block a potential stabbing.

“Good,” he replied. “I want you to do me a favor. I just had a beef with Raymond the porter. The dirty bastard bumped me in the slop sink. He caught an attitude with me and pulled out a razor blade.”

“Nobody pulls out on me” he angrily said. “I ran to my cell and got my piece. I cornered him in near the slop sink and stuck him two times. He cried like a bitch and begged me to stop. I know his boys are looking for me now. All the Latinos in the block are going to back him.”

“This is war,” he said—so mad, spit was flying from his mouth.

“It’s us against them,” he muttered as he reached in his jacked. He pulled out a shank, a makeshift knife made out of metal, and tried to hand it to me.

I looked at it, but didn’t make a move to accept it. My reaction was cautious. Dominick looked like he had flipped out. I didn’t want anything to do with this. I had nothing to do with his problem and was one move from getting involved with a dangerous situation.

This was the way of life in Sing Sing. You became involved with other people’s problems because there was nowhere you could go to isolate yourself from others.

I didn’t take the weapon from Dominick. Instead, I told him that I had to use the phone and had to leave. Dominick just stared at me as I walked away. It was a mad man’s look. One that was associated with someone that didn’t care about life. He was lost in the system and wanted to take on anyone who disrespected him.

He also knew he was in for a big fight because Raymond was a Latino. This meant that Dominick did not only stab him, he stabbed Raymond’s entire Latino crew.

Eventually they caught up to Dominck and almost killed him.

As I calmed myself down on the train that day, I observed several other passengers being bumped twice as hard as I was.

They did not react at all, making me realize that bumping passengers was a way of life in a New York City subway train.

It was at that point I discovered a commonality I believe is shared by everyone who does hard time. We former prisoners drag along into the free world all of the defense mechanisms we developed to survive the prison experience.

In prison, you essentially live on the head of a needle, with the constant sense that your life could end at any moment. So you cultivate instinctual survival tools that become instrumental in mastering and transcending the negativity—the imminent danger—of the surrounding environment.

But now, I realized that these same tools that could surface both at will and without warning would become a serious burden to me in the free wold. I needed to learn how to put them in check before they became my downfall.

I was to serve years under parole supervision. Even though I was technically free, I could go back inside at any time at the whim of my parole officer. A simple confrontation could result in a violation of my parole. I had one foot in the free world and the other still stuck in the cycle of incarceration. I really hated that feeling.