Anguished Republicans wrestle with whether to support Trump or Clinton 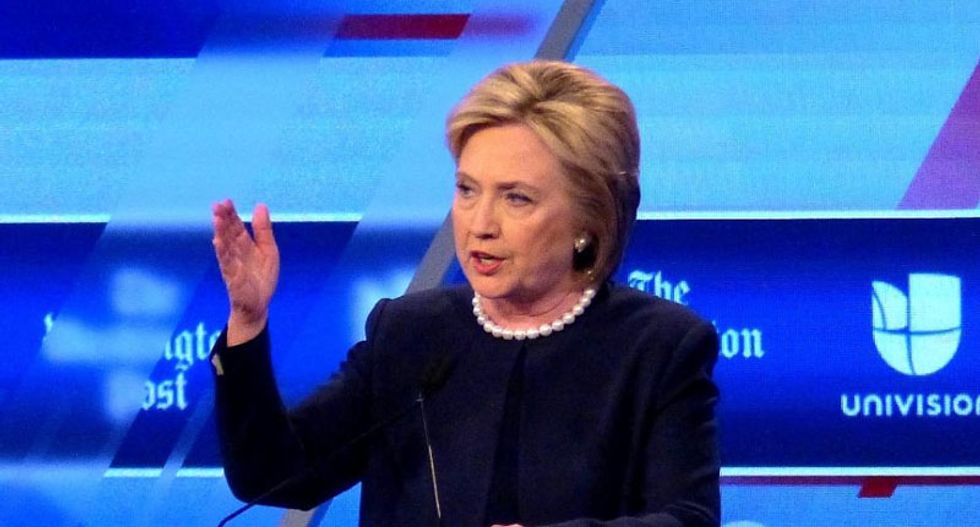 Republican lawmakers, operatives and donors grappled with whether to support Donald Trump, who effectively clinched his party's presidential nomination this week after his two remaining rivals, Ted Cruz and John Kasich, dropped out of the White House race.

As Trump sought to rally the fractured party behind him, many prominent Republicans got behind the reality TV star and real estate developer, while some weighed their options. Still others said they might vote in the Nov. 8 general election for Hillary Clinton, the likely Democratic nominee.

Bill Achtmeyer, the Boston-based founder of consulting firm Parthenon Group, was among those considering a possible vote for Clinton, a former secretary of state and former first lady.

"If she is able to move to the center and think as creatively and thoughtfully as her husband (Bill Clinton) did ... boy, I would have a very hard time, based on what I know today, not voting for Hillary versus what Trump is espousing," said Achtmeyer, who has donated $200,000 to Republicans over the last decade.

Another Republican donor, David Beightol, a Washington lobbyist who raised money this year for the presidential bid of former Florida Governor Jeb Bush, said he was leaning toward voting for Trump because he could not support Clinton.

"I'm not there yet, but I don't have a lot of choice," Beightol said.

In most U.S. elections cycles, party insiders quickly coalesce around candidates once they have effectively sewn up the nomination. But Trump's bombastic rhetoric, unorthodox campaign and his lack of experience in government have left the party divided.

The New York billionaire has vowed to deport illegal immigrants and build a wall along the Mexican border. He has also said he would temporarily bar Muslims from entering the country as a way to combat terrorism.

Republican former presidents George H.W. Bush and George W. Bush do not plan to endorse anyone in the White House race this year, their spokesmen told Reuters.

But McCain told supporters in Arizona last month that having Trump at the top of the Republican ticket make his re-election harder, according a recording obtained by Politico. The state has a large Hispanic population.

On Wednesday, fresh off the win in Indiana's primary that drove both his rivals out of the race, Trump pledged to unify the party and said he was getting calls from people who had criticized him in the past but who now wanted to back him.Supporters of Trump, who has never held elective office, said he could ease concerns about his lack of experience by choosing a well-known running mate. Representatives Scott DesJarlais of Tennessee and Chris Collins of New York both suggested former U.S. Secretary of State Condoleezza Rice.

Trump told CNBC on Thursday there was a 40 percent chance his vice presidential pick would be a former Republican presidential rival.

Backers said Trump could mend ties with allies of Cruz, who had been his strongest challenger and had trumpeted himself as a true conservative, by meeting with lawmakers in person after a heated campaign in which Trump dubbed the U.S. senator from Texas "Lyin' Ted."

Cruz's supporters on Capitol Hill have ties to conservative activists and the Tea Party, groups that could help Trump raise money and turn out voters. DesJarlais said meeting Trump in person would improve their impressions of him.

Representative Raul Labrador, a Cruz backer and conservative leader from Idaho, told a radio station that he saw Trump as favoring the political "establishment" even though he has run as an outsider. But he said Trump would likely appoint a conservative to the U.S. Supreme Court, a priority for many on the political right.

"With Clinton, there is no chance," Labrador said. "In my opinion, there's just no choice between the two."