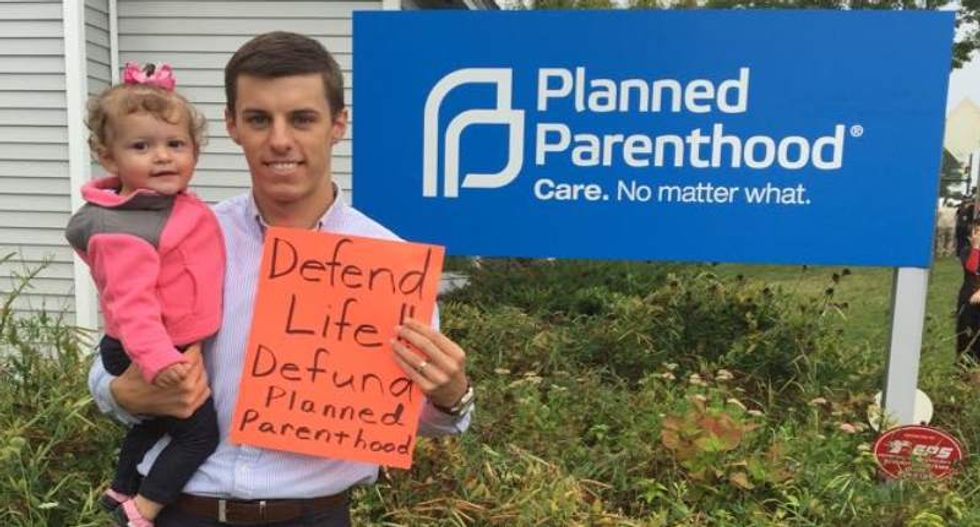 The wife of a Michigan lawmaker who supports defunding Planned Parenthood revealed that she had an abortion as a teenager, implying that she underwent the procedure after being raped.

According to the Associated Press, Stephanie Chatfield said in a Facebook post that someone had approached her husband, state Rep. Lee Chatfield (R), saying they would "keep digging" into a rumor regarding the matter.

"You promised that you would ensure that this story went public," she wrote in the post, which was addressed to the unidentified person behind the threat. "In fact, your desire to see this story go public emboldened me to do something that I should have done years ago."

She said she underwent the abortion while she was in high school, three weeks after going to a party and waking up with no memory of the evening but determining that she had been "taken advantage of." She said that she did not tell her parents or her friends about her choice at the time. She later revealed her choice to both her parents and the congressman.

But as Crooks and Liars reported, Lee Chatfield's platform during his successful run for office in 2014 included advocating for the defunding of Planned Parenthood. Last August, he posted images from a protest against the organization, including a picture of himself with his daughter holding a handmade sign saying, "Defend Life! Defund Planned Parenthood."

Lee Chatfield is currently being challenged for his seat representing the state's 107th district by both Democrat Phil Bellfy and a fellow Republican, Kathy Twardy.

"I'm really saddened for Stephanie and the Chatfields, but I don't feel it has anything to do with my primary race," Twardy told the Detroit News. She also said that she was not the person threatning to blackmail Chatfield. Bellfy has not commented on the issue.