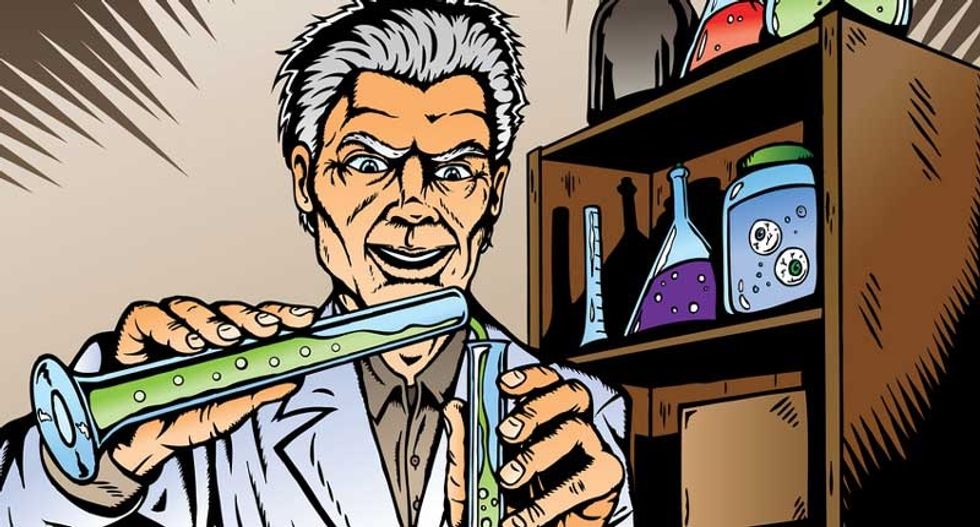 An investigation by the Los Angeles Times has revealed that the pharmaceutical company that sells the opiate painkiller OxyContin knew the drug was highly addictive -- but pushed it anyway.

READ MORE: Prince did not die from pain pills — he died from chronic pain

Purdue Pharma began producing the pills two decades ago, claiming that it relieved severe, chronic pain for 12 continuous hours -- more twice the time of generic drugs. Representatives of the drug's maker promised doctors that patients would only have to take two pills a day for 24-hour pain relief.

But it wasn't true, and Purdue knew it, the Times reveals.

The results were excruciating and devastating. OxyContin wears off hours early in many patients, and along with their underlying pain returning, they also suffer the additional complication of drug withdrawal symptoms.

OxyContin is described by the Times as a "chemical cousin" of heroin, and patients who depend on it also experience an intense craving for the drug when it wears off early.

The Times obtained thousands of pages of confidential Purdue documents and learned company executives have known about the problem for decades.

"Even before OxyContin went on the market, clinical trials showed many patients weren’t getting 12 hours of relief. Since the drug’s debut in 1996, the company has been confronted with additional evidence, including complaints from doctors, reports from its own sales reps and independent research," the Times reports.

And even more damning, "The company has held fast to the claim of 12-hour relief, in part to protect its revenue. OxyContin’s market dominance and its high price — up to hundreds of dollars per bottle — hinge on its 12-hour duration. Without that, it offers little advantage over less expensive painkillers."

The company achieved market dominance and a high asking price per bottle, but it was all hinged on the claim that the drug relieved pain for 12 hours. It became the country's best-selling pain killer, reaping a massive $31 billion in revenue.

But because the drug was failing to last the promised 12 hours in many patients, doctors began prescribing it at shorter intervals -- resulting in something of a company panic. Purdue reps were mobilized and one manager urged her team to put the kibash on the trend,  saying the shorter prescription time interval “needs to be nipped in the bud. NOW!!” according to documents reviewed by the paper.

Company reps urged doctors to prescribe higher doses of OxyContin as opposed to shorter intervals -- but that creates a higher risk of overdose and death, the Times reports. Data reviewed by the paper reveals that more than half long-term patients are on dangerously-high doses.

The results of this have been dire on a broad scale. As the Times points out, OxyContin is widely viewed as being responsible for setting off the nation's prescription opioid epidemic, which has claimed roughly 190,000 lives since 1999.

One patient, who spoke on the record, began taking OxyContin to deal with chronic back pain from being thrown from a horse at age 14. She experienced the very symptoms the report described.

For the first two or three hours, she experienced some relief -- but when the drug wore off, it was a nightmare.

“I was watching the clock. ‘What time is it? Oh, God, I have to medicate.' My whole nervous system is on red alert,” she told the paper. "You want a description of hell? I can give it to you."

Read the entire report from the Los Angeles Times here.